With its green, gender and worker-friendly ways of doing things, Kochi Metro is not just an infrastructure project but a change agent. 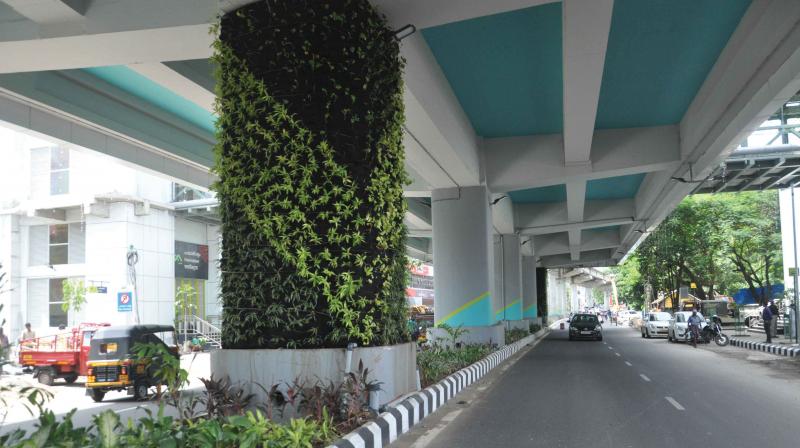 The metro vertical garden is helping the city with waste management.

The Kochi Metro, Kerala's first metro rail service, has proved that it is not just an engineering-infrastructure project. It has done some ordinary things in an extraordinary manner, making it a unique one. For one, it has set an example in the effective use of renewable energy by installing solar panels atop the stations, which are expected to meet half their power requirement. It has also launched a public bike sharing system to promote green transportation.

Yet, elsewhere, Kerala still struggles to find an effective and permanent solution for waste management in its major cities. It is worsening in the corporation of Kochi. Again, it’s Kochi Metro that has come up with the idea of using compost made from municipal waste to grow plants. Metro sources say that the vertical garden adorning every sixth metro pillar entails the use of 3,000 tonnes of compost  from municipal waste. It is a move that even households can emulate.

The high unemployment rate of women in Kerala, despite the state having the highest female literacy rate in India, is thought provoking. The Economic Review 2016 of the state Planning Board says  that almost 60 per cent of people seeking work are women. The numbers imply that there is disparity in the opportunities available for men and women. Kochi Metro has gone against the tide, employing around 1,000 women, among whom seven are loco drivers.

The Model Shops and Establishments Act, passed by the central government in 2016, allows women to work in night shifts and states that women should not be discriminated against in matters of recruitment, training and promotions. The employees of Kudumbashree, a women-oriented poverty reduction project of Government of Kerala, work in the facilities management team of Kochi Metro 24/7 in three shifts a day. It shows that women are willing to work at night, given an opportunity. The step taken by Kochi Metro is expected to influence entrepreneurs in other sectors to follow. 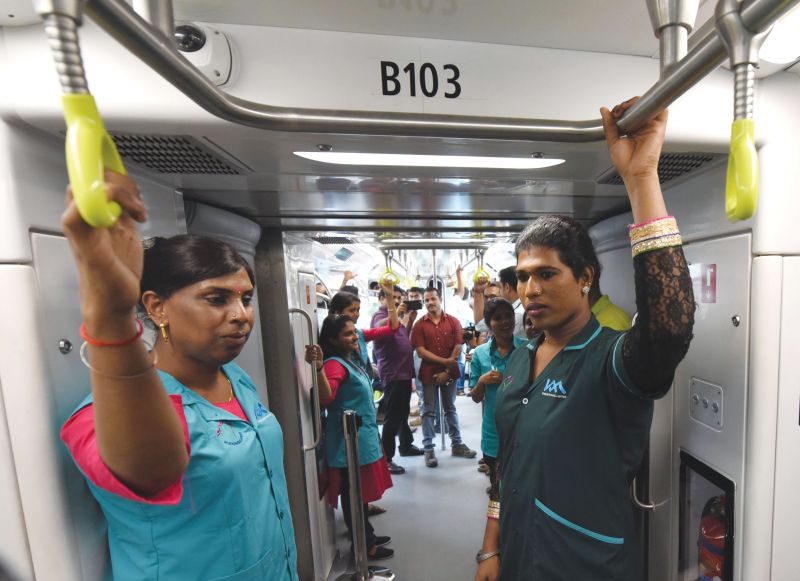 In 2014, the Supreme Court of India gave a landmark judgement, creating the third gender status for the transgender community. The court said governments must take steps to end discrimination against them in terms of equal opportunities in education and employment. Kerala responded, becoming in 2015 the first state to have a policy for transgenders. Kochi Metro has now become a trendsetter by employing 23 people of the community. It is now trying to ensure that they have safe boarding places, after reports came that they were denied it.

Yet another initiative did not make headlines, but the Kochi Metro team won many hearts by hosting a 'sadya' for some 400 migrant workers, who had toiled hard to build it. The gesture was appreciated as an example of how to treat workers with dignity.

With these and other initiatives, the Kochi Metro has set the path to initiating changes in the mindset, thought processes and ways of doing things in Kerala.