Thinking cap: Wearing your hate is the new fashion trend

Against the backdrop of social media, it is a new threat to social harmony. 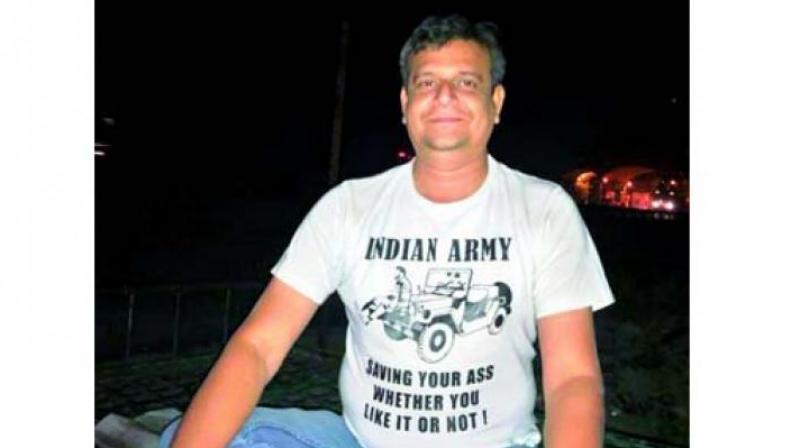 Recently a T-shirt with a message highlighting the Army’s role was quite in vogue.

The exploitation of T-shirts to spew hatred is dangerous. Tees can be manufactured in huge quantities, distributed free, and can carry provocative messages.

Such was the perfection of its design, utility, comfort and versatility that, despite amazing improvement and tweaks, the T-shirt has largely remained the same since its invention more than 110 years ago. In a piece in The New York Times titled Who Made That T-Shirt? Pagan Kennedy credits the creation and first-ever formal launch through an advertisement, and its naming, in 1904, to the Cooper Underwear Company. It was in all possibility an improvisation on cotton undergarments that can be traced back to several decades before.

The Tee was a hit, became gender-neutral informal wear, and a great sports and fitness garment. By 1920, the word T-shirt became part of American-English and appeared in the Merriam-Webster Dictionary. Its low cost and durability helped mass-sales during the Great Depression and the 1930s, and it became a staple of working class folks.

The popularity was further augmented when US merchant marine sailors adopted it as their uniform in 1944. Since then it has become a permanent part of everyone’s wardrobe.

When Marlon Brando wore it in A Streetcar Named Desire, its fashion cult value was established. Printed T-shirts arrived by the 1960s, making way for advertisements, logos, branding, and messages. In the early 1990s, Salman Khan in Hindi films and Nagarjuna in the South made T-shirts a fashion mainstay, a must-wear for macho youth. Tennis star Sania Mirza made an impact with ‘smart messaging’ on her T-shirts.

With the disruptive spread of printing technology and online shopping in this century, T-shirts acquired a new following as it became a way of making a personalised statement and something almost anyone could make, print, and wear.

The tendency to subvert something positive, however, has claimed the Tee too. A few weeks ago, right-wing political activists decided that this symbol of liberalism and youthful thinking and an icon of freedom, must serve their own nefarious purpose. The first one, window-dressed as ‘intensely patriotic’ read: ‘Indian Army: Saving your A** whether you like it or not’. Was this an actual incident? Doesn’t sound like something Right wing would do

The trend is catching on with several derogatory, dangerous and communal messages being printed and worn, and pictures of the Tee shared on social media.

Legal minds may have to do some head-scratching in case the messages are deemed unlawful, because of the medium. For example, if someone gets a T-shirt free with a message he or she does not know how to read, but it ends up causing trouble anyway, would the person be culpable?

The exploitation of T-shirts to spread and spew hatred is dangerous. Tees can be manufactured in huge quantities, distributed free, can carry symbols and images and can be highly provocative. With the viral power of such images on social media augmenting the fires, it is a new threat to social harmony, especially during election time.

It’s a threat that innovative T-maker, Dr Mahalakshmi Nagubandi, co-founder and COO, of Sygnal, a programmable T-shirt company with a battery and Bluetooth chip within the fabric connected to a phone, is well aware of. As the first to conceptualise and create non-interactive and interactive LED-embedded T-shirts whose lit, animated messaging can add fun and hi-tech to fashion, she admits she has received expressions of interest for bulk orders from political parties.

“We will take extra care to ensure we don’t end up becoming a technology for misuse. We will take extra precaution to ensure the messages, even in languages we don’t know, are vetted before we process and supply. It is an extra pressure, but it is our responsibility,” she promised. But the truth is T-shirts are ubiquitous. The Election Commission, and we as people, have an added responsibility to ensure that the trend of hate-mongering through an innocent medium like the carefree Tee does not add to the already vitiated atmosphere in the country.

Where hate can spread through actual vituperative messaging and poisonous content, lurks a larger danger – just fake it.

A sad fallout, amidst justifiable angst after the news of the rape of a child broke out, was a piece of fake news, a fabricated image: two random pictures of men wearing plain Tee-shirts at an airport were photoshopped with a message on how unsafe women were in India. While the messages themselves were merely contestable opinions, but the chosen route of faking it to fabricate an impression that a worldwide opinion was building around it is a danger.

In times to come, we need more than Tee-shirt entrepreneurs or Mark Zuckerberg or algorithms to function with greater responsibility.

We need each one of us to exercise the power of like, share, retweet with a higher sense of accountability, scrutiny and caution; eternal vigilance continues to be the price of liberty.