On the ball: The nuts and bolts of football flight

A World Cup played at high altitude is certain to be a nightmare for goalkeepers as the ball travels faster than it does at sea level. 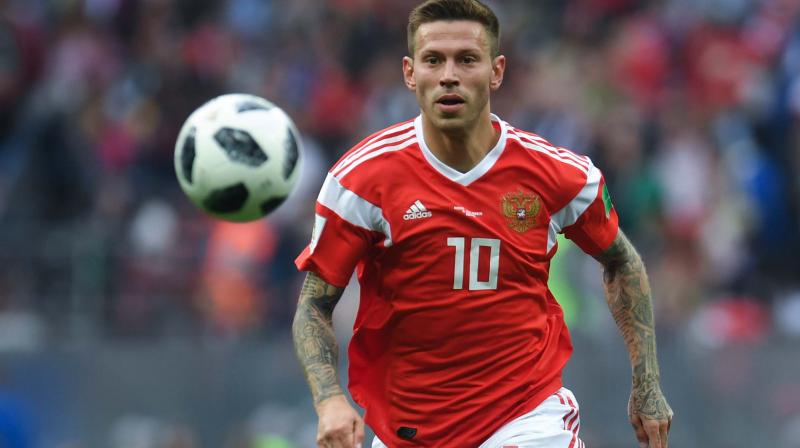 Some laws of physics are inviolable whatever is the technology that has gone into the making of the ball.

You are sure to hear this refrain every four years: goalkeepers are not happy with the Fifa World Cup ball’s flight. This is inevitably followed by an explanation from Adidas, which has been supplying balls to the world’s most popular event since 1970, on how much science had gone into the making of that spherical object.

How does the roundest of the roundest and the smoothest of the smoothest get into trouble with metronomic efficiency every World Cup? As we all know, aerodynamics does play a part in the movement of the ball. We should also not forget the marketing push that invariably finds two unnamed goalkeepers who question the flight.

Some laws of physics are inviolable whatever is the technology that has gone into the making of the ball. A World Cup played at high altitude is certain to be a nightmare for goalkeepers as the ball travels faster than it does at sea level as a result of the thin air. In other words, the drag or the resistance is less in the air. That’s why America’s Bob Beamon couldn’t believe that he had cleared 8.90 metres on his way to the Olympic long jump gold at Mexico City, which is around 2,200 metres above sea level, in 1968.

The shape of the ball has remained the same ever since the Football Association decreed that its circumference must be 27-28 inches, in 1872.  Charles Goodyear’s invention of vulcanised rubber in 1836 had already given an impetus to the ball game, which wasn’t yet football. The bladder or an inner tube was necessary to keep the shape of the ball until 1960, the year in which synthetic balls made their bow. Adidas introduced the classical ball with black and white panels for the 1970 World Cup. It was called Telstar.

The ball that is being used in the Russia World Cup, Telstar 18, is a nod to its Mexican ancestor. The black and white design had twin purposes: to be more visible on monochrome TV and to help players spot the swerve.

One of the fundamental aspects of ball movement is fewer the panels, steadier the flight. With eight panels, Jabulani, the much-maligned official ball of the 2010 World Cup, did cause problems to goalkeepers as it swerved like a drunkard making his way home on foot. The shot without spin, similar to the knuckleball in baseball pitching, was more problematic as it sent goalkeepers on a wild goose chase.

Brazil’s official ball, Brazuca, had only six panels and it behaved better. Telstar 18 has also six panels but it is designed in such a way that it encounters less drag or resistance in air than Brazuca. It is estimated to travel around 10 per cent shorter than Brazuca when kicked with the same force. So it’s advantageous to goalkeepers who will crucially have more reaction time to catch or parry the ball. Conversely, shooters have to apply more force to hit the target.

Telstar 18 also has a stable trajectory, according to researchers.

Whether the ball swerves steadily or wildly, it is the same for all teams and there should be fewer complaints from goalkeepers because the inanimate object doesn’t discriminate against anybody. And, football, or for that matter any ball game, would be less fun if the main implement never spun at all. For example, if the ball never rotated mid-air, David Beckham wouldn’t have become so famous. Free kicks were his bread and butter, and the spin he was able to impart on the ball was critical to his success. According to the laws of aerodynamics, the ball hit with the right side of the boot changes pace mid-air at a particular point, which alters its flight. The result is hell for a goalkeeper.

The most notable example of the wild behaviour of the ball was the free kick with which Brazilian Roberto Carlos scored against France in a friendly 21 years ago.

A ball boy sitting behind goal on the right side started ducking to avoid getting hit before Carlos’s free kick changed direction miraculously to nestle in the net. Some quirky laws of physics make sports riveting. So football played with a ball incapable of spinning would be infinitely boring. What is life without its unpredictability?