Love in the time of ghosting blues

Thought you met the ideal guy/girl online and then suddenly he/she drops you like a hot potato in virtual space. Well, you’re ghosted! 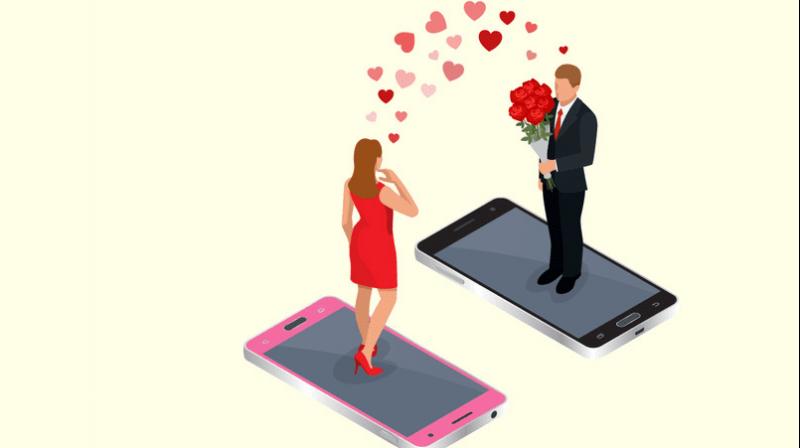 Some ghosters convince themselves that ghosting is right because it is online and not ‘real’.

We have all been through the helplessness and cruelty of getting the silent treatment from loved ones in real space. With the advent of dating apps like Tinder, Bumble, OKCupid, among others, ghosting (where you date someone online and suddenly cut ties or go silent) has become rampant in virtual space. When things go haywire for people dating online, the easiest way is to cut all virtual contacts in a jiffy. The person who is  thus “ghosted” is often left wondering where he/she went wrong and there can be significant emotional trauma if one is highly sensitive.

Unfortunately, most people these days take the highway (without any warning) as soon as they lose interest in their online date. Kipling Williams, a professor of psychology at Purdue University, throws light on the silent treatment and today’s trend of ghosting.

“Excluding and ignoring people, such as giving them the cold shoulder or silent treatment, are used to punish or manipulate, and people may not realise the emotional or physical harm that is being done,” Williams says.

According to Irina Banerjee, an English teacher, ghosting is an act of cowardice, immaturity, and lack of empathy and compassion. “Cowardice, because it is easier to run away and not have to deal with your sudden problems. Immaturity, since it is the lack of will to actually sit down and work through things either on your own or with the person in question. Lack of empathy and compassion because how would you feel if you were abandoned like that suddenly? How can you do that to someone and offer no explanation whatsoever?”

Some ghosters convince themselves that ghosting is right because it is online and not “real”. Banerjee says that “some people might think that but I absolutely refuse to degrade online relationships”.

It is no secret that relationships built over the Internet (for lack of an actual possibility to meet for the time being) are based mainly on actual talking and getting to know each other. With the increasing development of technology, the gaps between people have grown smaller — we can now watch things together, play video games together, read, even see each other on video on a regular basis if we want to (or if we have the proper means to).

“Some people might argue that the Internet and whatnot have caused there to be a bigger distance between people, and while that might be true in some cases, I’ve mostly found that it’s even easier to keep in touch with people nowadays if you really want to. I have met plenty of people in person that I’ve first met online. We do miss each other, but considering we can still be around each other in some way makes it easier to cope,” says Banerjee.

Rajiv Menon, a freelance writer, who has ghosted — and been at the receiving end of it as well — says that these days most interactions are online. “That makes it easy. I was ghosted for the first time in 1998. She didn’t even have access to email at the time, so she wrote me a letter. It felt terrible. Especially since we had been together for over a year and had talked about marriage and all. Since then I have become much less emotional and far more philosophical,” he says.

In these online times, it’s easy to send the message across by avoiding contact. That was how most people went about in the pre-Internet days. Now it’s a lot simpler. “One time I ghosted was when I got annoyed by double standards.  As in, she could go out with male friends (in whatever capacity — I didn’t inquire) but I was supposed to avoid all other female company. In this case, my ghosting was a way to show her the middle finger,” explains Menon.

Sreya, a media professional, says ghosting is something that can be anticipated.

“Like from the beginning of online dating, there are indications of possibilities of ghosting. It depends on whether one decides to indulge despite such hints and make oneself vulnerable. That way it is not much different than dating in-person where most of the times there is a power equation in the relationship,” she says. While it is not easy for the person who is at the receiving end of ghosting, maybe it is also difficult for the one who is ghosting. Every narrative should have more than one perspective, especially in the case of Internet identity, which is an intrinsically complex domain.

Interestingly, Sreya’s comment about multiple perspectives tells us that the person who is ghosting might not be always emotionally cruel. They might have their own reason just like Cinderella had when she left the ball (and the prince) without any explanation. Ghosted!

It is the act of putting an end to all communication out of the blue with the person the subject is dating. This is done to show that the subject is no longer interested in you. Usually, people who want to avoid confrontation at all costs do this.