Krishna says music does not have religious boundaries. 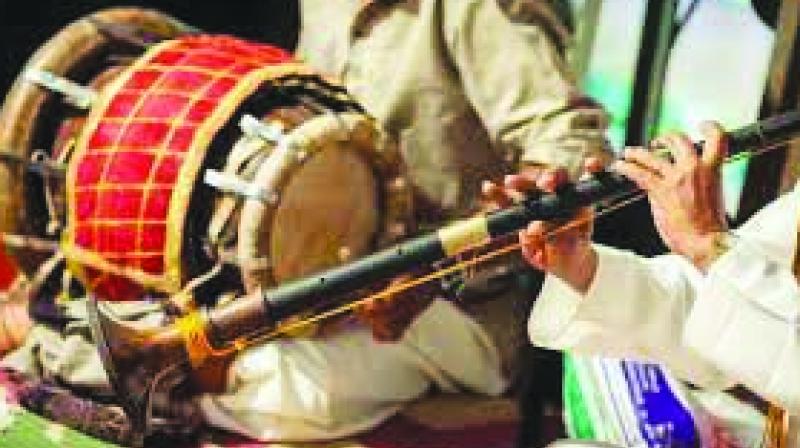 Singers Nithyashree Mahadevan and O.S. Arun were trolled on their rumoured singing of Thyagaraja keerthanas with a twist by injecting the word Jesus for any of Hindu gods.

An avalanche of reactions on the social media to threats held out against certain singers has revived an angry debate about Carnatic music. An all new system based on a WhatsApp rumour mill and merciless online trolls orchestrated to take on anything that the far right dislikes is fast changing India too. In injecting venom and hatred where none existed before, fake news is also getting into a mix that is churning the once esoteric world of classical Carnatic music in its capital Chennai.

The trolling of singers Nithyashree Mahadevan and O.S. Arun on their rumoured singing of Thyagaraja keerthanas with a twist in injecting the word Jesus for any of Hinduism’s 33,000 gods set off a series of exchanges on the social media. Fact-checking revealed that such charges were blatant lies. It is reported that not only online trolls took on some singers but also people placed mobile phone calls to threaten artistes. Senior singers unequivocally condemned the trend being set by these hatemongers. “Carnatic music, which has created harmony between people and communities has been targeted by certain people with feigned or genuine concern to churn up religious or communal disharmony in recent times,” says Chitraveena Ravikiran.

Jumping into the fray as a gladiator more than the social activist that he may be these days, T.M. Krishna is trying to bring some order and logic to what is seen as a needless controversy because the singers in question did not plagiarise devotional music across religions as the rumour mills seemed to have it. For those who believe at a very basic level of consciousness that music is music, the whole debate is jarringly unmelodious. The instinctively correct position is music is for the soul and it draws each one according to his liking. The issue does, of course, become different in the formal ecosystem of Carnatic music as it is shaped in Chennai with the sabhas (or associations) as the conduits for performers to get paid and access sponsors too. But the politics of such a formal space should not cloud the fact that at issue here is the freedom of the artiste to sing or perform as he/she pleases where he/she pleases.

Krishna says music does not have religious boundaries. Any right-minded person would agree, including those who may have grown up on pop music before widening the gallery to eclectic experiences.  The trolls seemed to be barking up the wrong tree when they took up issue on an imaginary grouse that Carnatic singers were using verses from kritis and merely interchanging the gods of different religions. If that had been done, it would not only be against aesthetics as Krishna says but also intellectually dishonest bordering on plagiarism.

Music is melody and that is what captures you first, whether such music is western classical pop or spiritual as sung in any language or whether it is Carnatic, Hindustani or Hindi film music.

No one took it amiss in India when an early song of The Beatles was a runaway hit here too. My Sweet Lord sported lyrics that straddled Hindu and Christian faiths with a chorus that contained the words ‘Hallelujah’ and ‘Hare Rama’ and ‘Hare Krishna’a as the music enthusiast Suresh Subrahmanyan, an uncle of the celebrated Sanjay Subrahman-yan, explained. “The song was an outsize hit, selling millions of copies, not because people in the UK, USA, Europe and the rest of the world were transported by Harrison into a religious frenzy — they just loved the song and danced to it as they might have danced to The Beatles’ She loves you, yeah, yeah, yeah,” Suresh said.

Ravikiran points out that that last time a few top Carnatic vocal stars faced such a situation was from Kannada fanatics in Bengaluru and elsewhere in the 1980s. That may have stemmed from language chauvinism rather than any religious divide as the Bengalureans felt that classical Kannada music was being ignored while Tamil and Malayali singers were being honoured in their city. For those spreading hate and disaffection, any handle is good enough to beat those who are popular. Lovers of music would know that Yesudas sings at temples regularly and his devotional renderings on Hindu gods are stirring. No one ever thought it amiss that a Christian was singing the praises of Hindu gods.

It should matter little what religion inspires music, which is to be judged only by the listener’s liking. For the true music lover, even the lyrics are unimportant as compared to the wholesome effect the music has on him or her. It is a pity then that such issues are popping up as to distract the genuine music lover to whom the melody and the rhythm is everything and words are secondary. But, as a music lover pointed out, these little storms will blow over and art will win at the end. There are other issues over whether the formal Carnatic music ecosystem in Chennai is the preserve of the Brahmins and the upper castes. That ocean of a subject may be subjected to scrutiny once again when the music season comes upon us in winter.

Meanwhile, the trolls have quietened after kicking up a storm over Christianity and Carnatic music.