Anyone who requires a woman’s voice —consultant, keynote speaker or a panellist — will find it in ‘Request a Woman Scientist’. 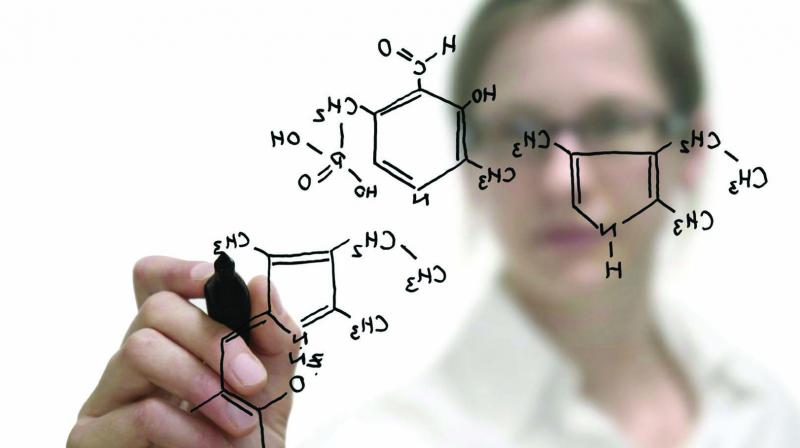 India is also a part of this web platform. It has pods in Mumbai, Bengaluru, Delhi, Hyderabad, Chennai, Kolkata, Ahmedabad and Thiruvananthapuram.

Women own half the sky, they say, but when it comes to matters earthly, their share is miniscule. Science often remains “stale, pale and male” and panels, scientific or otherwise, invariably become “manels”. If you read a newspaper report, there will be hardly one woman among the seven people quoted, and more often than not, she would be commenting on her experience as a woman or a mother, and not as a professional like her male counterparts would be doing. That more reporters and editors are men makes it even worse. No wonder we see more men on news discussion panels debate on women’s security issues. One can see men-only panels even in literary festivals!

It is too obvious to see the absence of women in meetings either in the field of art or science. Look at the dais, discussion and conference panels, boards, chairs and any other platform where society forms its opinion. Where is this other 50 per cent of the population including women and LGBTQIA? How could their voices vanish into thin air? Everybody knows the answer. This is not magic but the hard reality in a historically male-dominant society. It dampens these voices from reaching leadership and policy making.

Hence, in the field of science, 500 female scientists have created a solution to this gender gap.  They created a platform named ‘Request a Woman Scientist’. This web platform connects an extensive multidisciplinary network of vetted women in science. Many a time the reason for not quoting a woman scientist, or there being none in the panel, or no woman keynote speaker is the unavailability of expert women in that field. ‘Request a Woman Scientist’ platform cancels such excuses. Anyone who requires a woman’s voice either to consult for a news story or to invite as a keynote speaker or panellist for a conference will find her in this platform. ‘Request a Woman Scientist’ offers women subject-matter experts from all over the world with the inclusion of diversity. If any scientist wants to collaborate with a woman scientist within the country or from a different country, they will find one here definitely.

India is also a part of this web platform. It has pods in Mumbai, Bengaluru, Delhi, Hyderabad, Chennai, Kolkata, Ahmedabad and  Thiruvananthapuram. This is particularly important in science because the disparity is scaled up exponentially. It’s not just that women keynote speakers are not seen; book editors and high-profile review article authors are also men. This is the case even in the so called gender equivalent developed countries, in spite of the fact that female students there outnumber male students. These imbalances ultimately deny leadership opportunities to women in science, especially women who face additional forms of discrimination and also to the LGBTQIA community. This absence of women and LGBTQIA voices will continue unless and until some conscious effort is initiated. It is time for a change.
https://500womenscientists.org/request-a-scientist/

(The writer is a scientist with the Bhabha Atomic Research Centre, Mumbai)