Environment: A pittance for disaster

Smart City budgetary allocations will not help address the urban environmental disasters that are looming in the future. 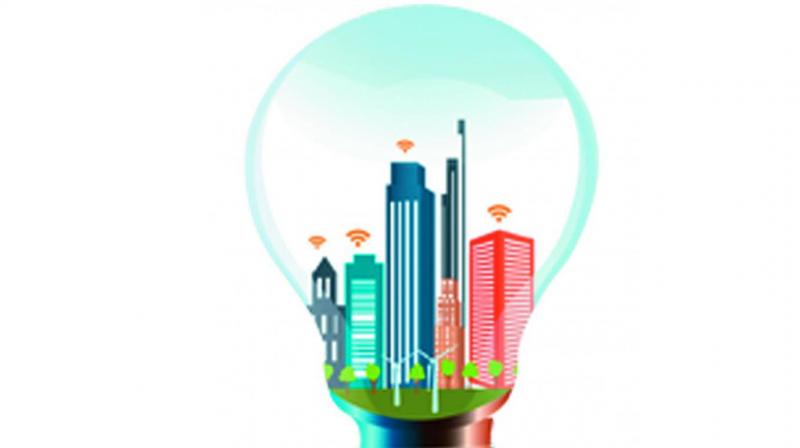 Smart’ Cities are one of India’s flagship projects. Of the proposed 100 Smart Cities, many face severe ecological and environmental risks from climate change-linked disasters such as flooding, drought and cyclones.

Smart’ Cities are one of India’s flagship projects. Of the proposed 100 Smart Cities, many face severe ecological and environmental risks from climate change-linked disasters such as flooding, drought and cyclones. However, Smart City budgetary allocations will not help address the urban environmental disasters that are looming in our future, given the shift in focus from an early emphasis on city-wide development, towards area-based development (ABD).

Cities have varied ecological vulnerabilities owing to their geographical location: hilly, coastal, island or riverside. Droughts and flooding have affected many inland lake-dependent metropolitan cities, including Chennai, Bengaluru and Hyderabad. Ninety-four per cent of Bengaluru’s Smart City project budget is allotted for ABD of just 0.089 sq. km. This includes a plan to rejuvenate two water bodies: Ulsoor and Sankey. Yet, addressing water-related problems of cities such as Bengaluru, be it flooding or drought, requires intervention across the entire hydrological system. Visakhapatnam, on the eastern coast, is prone to tropical cyclones, one of the worst being the recent cyclone Hudhud. Here, too, the Smart Cities budgetary priorities seem misplaced, allocating Rs 240 crore for beach beautification, but only Rs 125 crore for shore protection. Beach beautification under the 6.67 sq. km ABD is primarily along the RK beach, which suffered some of the worst damage during the Hudhud cyclone. And yet, the priority for spending seems to be for aesthetic reasons. Moreover, the impact of cyclones is not restricted to beachfronts. But only Rs 141 crore has been allocated for both city-wide e-governance and disaster management.

Port Blair, the island capital of the Andaman and Nicobar, experiences cyclonic rains and also seismic activity. The destruction wrought by the 2004 Indian Ocean tsunami is a lingering and harrowing memory. Port Blair is a favoured tourist destination and its development as a Smart City is therefore aimed at developing infrastructure for tourism. Thus Rs 150 crore has been allocated for developing a marine esplanade extending just one kilometre, with Rs 90 crore allotted for multi-level parking. The amount allocated for disaster mitigation is a paltry Rs 4.5 crore — to protect areas against landslides!

We present the above examples to highlight the incongruence between the environmental vulnerabilities of cities and the focus of Smart City spending. Indeed, some of the proposed expenditures in cities, such as on renewable energy, solid waste, and water management may be much needed. The project documents, generously sprinkled with words such as “resilience” and “sustainability”, also give the impression of Smart Cities as a holistic urban development model. However, the shift towards ABD creates only islands of “smartness”. Can this truly address ecological risk that has impact on a city-wide scale?  In these times, when the adverse impact of climate change is being felt with increased intensity, to be smart would be to invest resources in building the real ecological base of cities  rather than relying primarily on virtual IT tools to solve urban India’s problems.

(The writers are from School of Development, Azim Premji University, Bengaluru)