Too warm: Sleepless in San Diego

Donald Trump’s the only man not losing sleep over climate change, the rest of us lose sleep over it, and due to it. 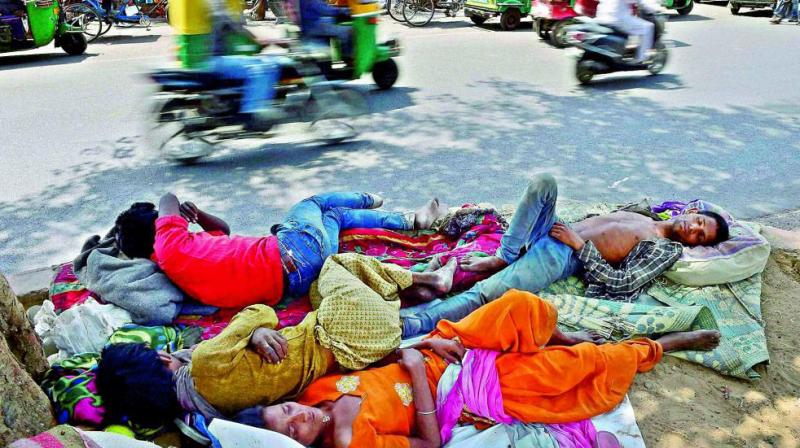 The San Diego researchers calculated that if the night temperature across the U.S. went up by one degree celsius for a month, it would deprive nine million people of adequate sleep.

A research paper published by Science journal says that by 2050, for every 100 persons, an additional six nights of sleeplessness can be expected every month. This is the first piece of research to calculate the impact of severe heat on sleep. Using data from 7.65 lakh respondents in the US and night time temperature statistics, the researchers found that "increase in night time temperatures amplified self-reported nights of insufficient sleep".

And if global emissions continue to soar, expect additional sleepless nights. The paper found that 14 extra sleepless nights can be anticipated each month for every 100 people by 2099. The research was spearheaded by Nick Obradovich, a post doctoral fellow in the Science, Technology, and Public Policy programme at Harvard Kennedy School’s Belfer Center. Mr Obradovich worked with Robyn Migliorini, a neuropsychology doctoral student of the San Diego State University, sleep researcher Sara Mednick of UC Riverside and social scientist James Fowler of UC San Diego.

Ms Migliorini recalled how she and her colleague Mr Obradovich thought of the idea when they were living in San Diego. She said, "It was October of 2015, and southern California was experiencing some abnormally hot weather. San Diego typically has a mild and pleasant climate - it usually doesn’t get very hot or freezing, so the insulation in the houses is poor, and many of the cheaper apartments don’t have any air conditioning (AC). When these heat waves struck, many people weren’t sleeping well at night."

Ms Migliorini and her colleagues started to think about what might happen if these hot temperatures were to become more frequent. They found that no one had yet calculated the impact of climate change on people’s sleep. The researchers  warned that people  who do not have access to ACs, and senior citizens who struggle to regulate their body temperatures, would be affected more acutely due to warmer nights.

If that be the case in America, with its temperate climate and where most people have access to ACs, what will happen to people in tropical countries, especially the poor? A Philips Healthcare survey in 2015 said, 93 per cent of Indians are sleep-deprived and are getting less than eight hours of sleep per night, affecting work and relationships. Similarly, research conducted by Hiranandani Hospital  revealed that 94 per cent of working women are sleep-deprived in Mumbai as they get barely six hours of sleep.  H N Mallick, a professor at AIIMS and sleep researcher, said that rising temperatures severely impact the sleeping pattern of humans. "Many people in India do not have access to AC, fans or even electricity. Many villages in rural India suffer from power outages daily. In cities, the migrants and poor sleep on roads. If temperatures rise, then it adversely impacts people’s sleeping pattern."

Mumbai-based psychiatrist Dr Sushil Nanaware said that during the summer, the days are longer and nights are shorter, so sleep patterns are affected especially in tropical countries like India. "If you have six sleepless nights per month, then it will affect your brain. It leads to more irritable depressogenic tendencies and lack of drive." Dr Nanaware added that hectic urban life and long travelling hours also adversely impact sleep.