Scientists are inching towards ‘hacking’ the brain to control movement. 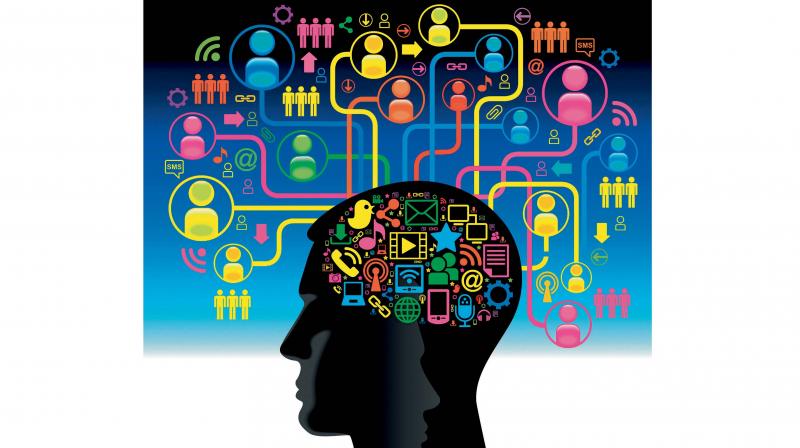 The technique, magneto-thermal stimulation, enables researchers to use heated magnetic nanoparticles to activate individual neurons inside the brain.

Controlling the brain is a favourite science fiction theme for filmmakers. And recently, the researchers have made significant advances in the field of neuroscience, which suggests that humans may soon acquire the power to understand and control the functioning of the brain. Scientists are moving closer to being able to “hack” the brain and control body movements. Researchers from the University at Buffalo College of Arts and Sciences used magnetism to stimulate a group of cells in the brain of mice, prompting body movements such as rotating and running.

The technique, magneto-thermal stimulation, enables researchers to use heated magnetic nanoparticles to activate individual neurons inside the brain. After the procedure is completed, the scientists were able to remotely control the brain by alternating the magnetic energy. Following partially gaining control of the brain, the researchers controlled body movements of mice by getting different neurons to fire.

The research, which allows scientist to control body movements, might seem terrifying but can also be used to map the neuronal circuits that control human behaviour and emotions.

“Our tool, magneto-thermal stimulation, is now being used to validate what we suspect different areas of the brain do. We can now analyse how different neurological circuits work. The results from this work can be translated to human brain function and hence help understand neurological diseases,” said lead researcher, Arnd Pralle, PhD, a professor of physics at the University at Buffalo College of Arts and Sciences. The advances made by Mr Pralle and his team can also help to treat ailments such as depression, traumatic brain injuries and Parkinson’s disease.

Mr Pralle said, “Essentially we have developed an input device which can directly deliver information from a computer to specific neurons in the brain. Our technique and similar ones, such as optogenetics (using light to deliver the information), will be used to create artificial eyes or ears for people who lost those senses. They also may help people with severe depression.”

The concept of brain control via magnetism can become a reality in the future, however it is still in its early days. Mr Pralle has stated that his team’s study is “not likely” to be used to completely control human behaviour or actions. He explained, “The energy to create the magnetic field is enormous. For humans, one would need a device similar in power consumption and something equivalent to the size of an MRI machine, so the person inside wouldn’t be able to move, and the machine can never be mobile.” He also added that human and primate brains require many brain areas to be active together to execute a task, hence it is more complex to activate these stimulation patterns in a human.

However, another piece of research published in 2014 has revealed that the scientists at Washington University have developed a technique to control body movements through brain cell-to-brain cell communication. A researcher sent a brain signal through Internet to control the hand motion of a fellow researcher who was seated in a separate area of the university campus.

The two researchers — Rajesh Rao and Andrea Stocco — involved in the experiment, which they called Direct Brain to Brain Communica-tion in Humans, connected their brains through a cap with electrodes, which can read and stimulate a brain. “The Internet was a way to connect computers, and now it can be a way to connect brains,” said Mr Stocco in a press release. “We want to take the knowledge of a brain and transmit it directly from brain to brain,” he added.

As such technological and scientific advances have ethical and legal implications, the question remains: What ethical issues will we be dealing with once remote control of human brain becomes possible?

Dr Roop Gursahani, consulting neurologist, P.D. Hinduja Hospital, thinks it’s a bit too far-fetched to think that complete body movement can be controlled through magnetic energy. “A person or animal who is paralysed can be made to move his arm or a body part through magnetic energy. The functioning of the brain is too complex. And far as the ethical and legal ramifications are concerned, I think it will be a breach of privacy to control a person’s brain or body movement,” said Dr Gursahani.