Eye-opener: Homoeopathy is a worse fraud than Theranos

Homoeopaths are defrauding people with their nonsensical treatments and doing real harm in the process. 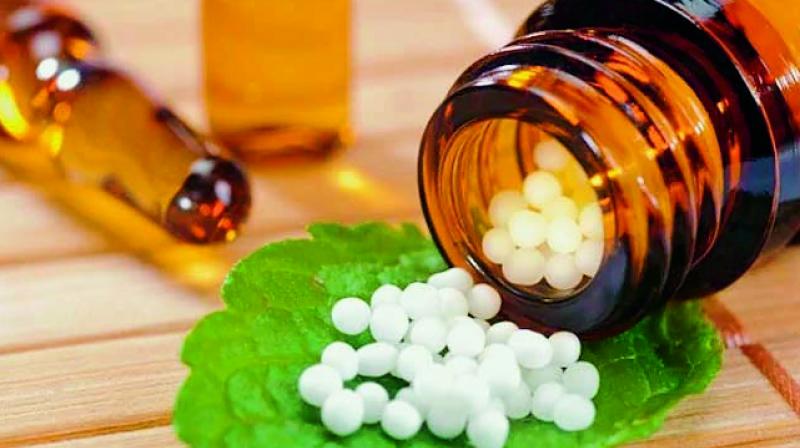 Homoeopaths are defrauding people with their nonsensical treatments and doing real harm in the process.

Over the last three years, Theranos has toppled from a $9 billion company to bankruptcy. As Wall Street Journal investigative reporter John Carreyrou exposed, the company’s proprietary blood-testing technology never really worked. Founder Elizabeth Holmes, who was heralded as the next Steve Jobs, raised close to a billion dollars from investors by sharing her dream of replacing needle blood draws with less painful fingerpricks for medical testing, but it was a dream that never was fully realised. In touting that fake figment of her imagination for over a decade, she defrauded investors, misled regulators, and put patients at risk. For her misdeeds, Holmes has been fined $500,000, barred from leadership in a public company for 10 years, and was recently indicted on charges of wire fraud and conspiracy.

One of Theranos’ most appalling missteps was launching their blood testing technology to the public in dozens of Walgreens stores even though many at the company knew that it produced inaccurate results. Holmes’ hasty and haphazard actions exposed as many as 176,000 customers to compromised health information. Some patients were diagnosed with life-threatening conditions they never actually had, prompting them to receive unneeded medical tests, incur unnecessary costs, and experience psychological trauma.

For lying to and endangering consumers, Theranos’ fall was much deserved. Another, comparable industry deserves to share that fate: homoeopathy.

On face value, Theranos and homoeopathy may seem worlds apart. One is a medical testing company born in Silicon Valley. The other is an alternative medicine which suggests that taking toxic compounds diluted to obscurity in water can cure the ailments they might otherwise cause. But at their cores, both homoeopathy and Theranos aim to shake up the evidence-based medical establishment with wild, false claims that put the public at risk. Homoeopathic products are physiologically implausible and do not work, yet there are “remedies” available for potentially life-threatening conditions like asthma attacks, influenza, and cancer. Studies show that alternative medicine like homoeopathy dissuades cancer patients from pursuing evidence-based treatments. People who choose alternative medicine to treat their cancers experience rates of death between two and five times higher than patients electing conventional therapies.

Homoeopaths are defrauding people with their nonsensical treatments and doing real harm in the process. With more than $3 billion in yearly sales (as of 2009), they’ve undoubtedly done damage than Theranos ever did.

Yet homoeopathy sits in a convenient little loophole carved out in Food and Drug Administration policy that essentially prevents the agency from evaluating them for safety or effectiveness. This year, the FDA announced stricter enforcement policies on homoeopathic products This year, the FDA announced stricter enforcement policies on homeopathic products after previously warning consumers on numerous occasions about tainted, misleading, and potentially dangerous homeopathic offerings. “In recent years, we’ve seen a large uptick in products labeled as homeopathic that are being marketed for a wide array of diseases and conditions, from the common cold to cancer. In many cases, people may be placing their trust and money in therapies that may bring little to no benefit in combating serious ailments, or worse – that may cause significant and even irreparable harm because the products are poorly manufactured, or contain active ingredients that aren’t adequately tested or disclosed to patients,” FDA Commissioner Scott Gottlieb said.

Homeopathy is a scandal far worse than Theranos ever was, and requires an equally strong response.

(Ross Pomeroy is Editor of realclearscience.com. Article reproduced with permission)