Gadget watch: Be secure in the drone age

Some will use drones to pursue their nefarious interests. Regulation is therefore a must and we must do it before events overtake us. 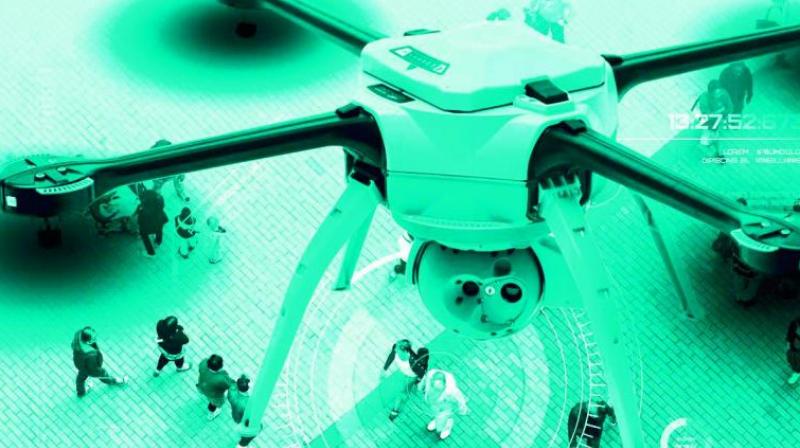 Drones can be public and security hazards, too. One flying in the vicinity of an airport and hitting an aircraft would cause a tragedy. Already many narrow misses have been reported from all over the world.

Mobile phones were rare and unaffordable to many two decades ago; today there are more than a billion in India. Everyone has it, and everyone uses it; no one can think of a life without one. What is true of phones will be true of drones, the unmanned aerial vehicles. But be warned about them.

The technology of drones has been proven; there are many models, and their uses are legion. And like the mobile phone, it is expensive as it arrives on the stage but in a few years, they will be cheap and we will have more drones in the sky than birds. They will move, fly or land by remote control. Will such widespread use of drones be a bane or a boon?

It is the user who makes a technology good or bad. The answer is banal but true. How we will use the technology is the question.

Drones can be public and security hazards, too. One flying in the vicinity of an airport and hitting an aircraft would cause a tragedy. Already many narrow misses have been reported from all over the world. Similarly the uncontrolled use of drones in border areas can be a serious threat to national security besides being a conduit for international smuggling. So regulation of drone activity for aviation and national security has become a priority and India, too, is going ahead with such regulations. Also, there can be confusion when one drone competes with another drone or tries to occupy the route or space of another. We might even need a drone traffic controller!

We also have to guard against those who will use drones to evolve new methods to pursue their nefarious interests, affecting the day-to-day lives of the citizenry. The challenge is all about foiling such designs. Already, in the West, the technology is used by criminal gangs to spy on the police. Drones deliver narcotic drugs to users without risk of interception; UAVs smuggle phones into prisons, flying over prison walls and they are excellent tools in business espionage, enabling firms to survey rivals' godowns or factories or laboratories. In a country like ours where women’s security is a big challenge, there is a real danger of Peeping Toms relying on peeping drones! Invasion of privacy by UAVs will be a big problem.

More dangerously, drones can help in committing crimes inside our homes while the perpetrator remains far away! Theft by drones is possible. Given the evil potential of the criminal mind, these flying objects can help in arson, murder by poisoning and much more.

Realising this threat, the government has already initiated extensive consultations with security agencies, manufacturers, global regulators and innovators and will come out with regulations soon. It has already set up a 13-member task force to prepare a roadmap and recommendations for Central and state governments, besides the industry and research institutions for rollout of the technology.

Regulation is a must and we must do it before events overtake us. A total ban would be regressive and prevent the benefits of the technology from making our lives easier and better.

Regulation by declaring no-fly zones enforced by digital virtual barriers, unique identification of devices, licensing of operators, linking users to UID platforms like Aadhaar, suitable statutory enactments to criminalise malevolent and dangerous use of drones, digitally supported enforcement mechanisms and promotion of public awareness with community involvement would be the practical options available to us. Let us start doing this and be ready, with open arms, for the drones. Onward, to the Drone Age!