The Metro, characterised by its myriad features, provides afine example of how its towering profile can touch our lives. 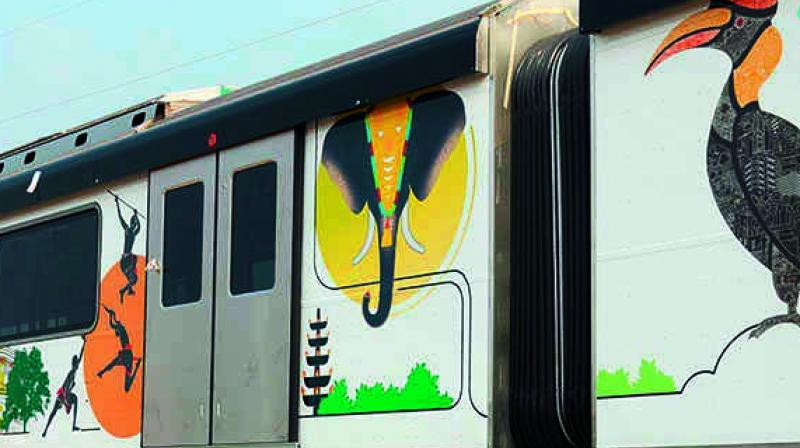 Metro Rail is more than just a dignified mode of travel for the urban commuter.

Recently, a video of an initiative on Mos-cow’s Metro went viral across various platforms of the net — Facebook, YouTube and Twitter et al. The Moscow Metro illustrated just one instance of how a metro is more than just an urban transportation infrastructure and, beyond it, can become an influencer in achieving cultural and people transformation.

It promised commuters who would stand before a video machine and do 10 squats, a free pass. Suddenly, the message for good health and fighting obesity became a talking point across the Russian capital and its neighbouring areas, Oblast and the cities of Krasnogorsk, Reutov, Lyubertsy and Kotelniki that it serves.

Over a decade ago, The Washington Post conducted a social experiment on perceptions and value, with Joshua Bell, one of the world’s greatest violinists, dressed in a nondescript manner, performing classical pieces near a metro station. Most people passed by indifferent to his playing. In nearly an hour, over a thousand people ignored him, a couple of children stopped, but their parents pulled them away, and finally, an old man contributed a dollar.

What shocked everyone the next day was to realise he was playing on a personalised instrument which cost over a million dollars, and that tickets for his concerts cost $150 in the best concert halls in the greatest cities across the world.

A similar experiment in Europe tested general levels of public honesty where under watchful eyes of clandestine candid cameras, wallets with a few dollars and a phone number were left in a metro station with wilful carelessness.

Some ignored it, some took the money, some called the number and were invited to a party.

Football star Cristiano Ronaldo took to the streets outside a busy Metro de Madrid station, disguised as a beggar, showing off his skills, but people just ignored him.

The girl whose phone number he asked for must have had a heart attack when he revealed who he was, while the little kid who actually played with him and got a signed ball afterwards, would never forget the day in his life. 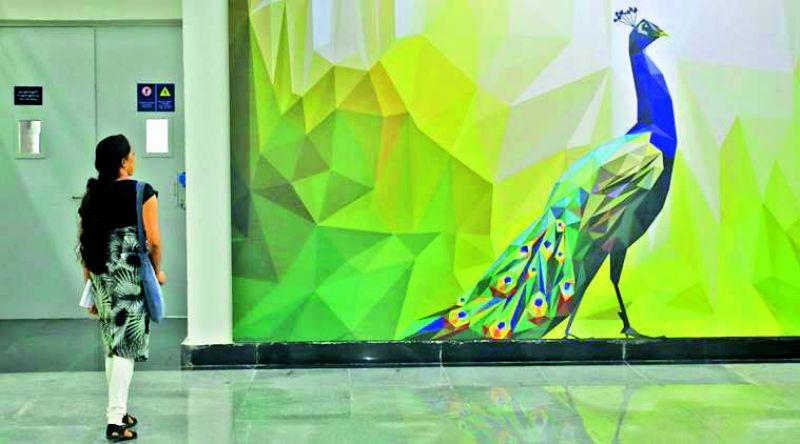 As you drive or walk along Sardar Patel Road in Secunderabad, on the footpaths parallel to the recently inaugurated pride of the city, the Hyderabad Metro Rail (HMR), which chugs along overhead, you will see early efforts of the corporation to chug into our hearts as work is rapidly transforming each pillar supporting the overhead rail into a reflection of Telangana’s culture, and history, an ode to great women and men who scripted our past destiny, flora and fauna and artistic renditions depicting a variety of themes.

Former prime minister P.V. Narasimha Rao to Dr Sarojini Naidu, the Nizams of yore, Prof. Jaishanker and many a doyen of Telangana’s struggle for dignity have been caught colourfully in a celebration that brings culture and local art together.

This harnessing of the metro rail for purposes beyond urban transportation is a crucial facet of its value to us as a platform that can achieve a lot more, including transformation of people, shaping culture, and influencing behaviour, among other things.

The Kolkata Metro, India’s earliest, has failed to catch the attention of the world, having no influence on culture, habits or in transforming urban life.

The largest and busiest, the Delhi Metro, for all its success in the efficient manner in which it was constructed, has so far failed to unleash any soft power as a platform of people congregation. Neither has Bengaluru, a city otherwise bustling with creativity and social conscientiousness.

How to unleash our metro rail soft power

In each one of these cities we have many issues to highlight, while artistically and culturally, we have an agenda to be a truly global city. The best place for such an initiative would be the new stations, pillars and other spaces of the metro rail.

Imagine if we had a “Celebrity Thursday” where HMR asks citizens of the city to forsake their vehicles and travel on the Metro, and run into a star like Ranveer or Prabhas, P.V. Sindhu or Virat Kohli, K.T. Rama Rao or Kejriwal, or any such celebrity. Imagine, some day, an Aamir Khan, Mahesh Babu or a Junior NTR disguised as a physically handicapped person asking for help around the Metro before revealing their identity to see how far people are willing to go to help a complete stranger.

Or, the Sunrisers or Royal Challengers spending a few hours on the railway meeting their fans before the next IPL edition.

Imagine a Salman Khan, Daggubati Rana or Akhil Akkineni or Taapsi Pannu or Samantha taking to the Metro asking people to give up their packet of cigarettes or gutka in exchange for a selfie with them and taking a health oath. Imagine top-notch global VCs promising to travel on the Metro for an entire day and asking young start-ups to pitch to them their ideas for funding, on the train, with a promise of a cheque before journey’s end.

Imagine young local musicians being allowed to play on select days on the platform. Or stand-up comedians having a go at making commuters laugh a little at the start or end of a busy, stressful day. Or a surprise gift for commuters who use the stairs instead of the escalator.

The potential to use it to increase not only traffic but awareness on crucial issues, sign up for right causes, promote the arts and local artists and create greater levels of commerce will all be a test for our metro to become a part of our hearts and minds, as much as of our commuting plans. The early start by Hyderabad Metro gives hope to all Indian metro railways to start unleashing their soft power like their global peers and start chugging into our hearts.

Imagine young local musicians being allowed to play on select days on the platform. Or stand-up comedians having a go at  making commuters laugh a little at the start or end of a stressful day.