Energy efficient: Nuclear fusion can save the world

Every few years, shouts of electrical “Eureka” are heard as incremental improvements crop up in potential fusion methods. 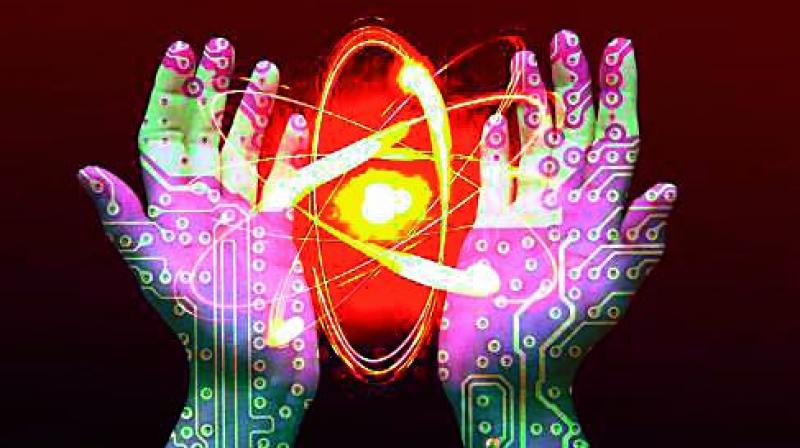 The challenges of the basic task of fusing the elements are immense, like temperatures hotter than at the centre of the Sun, intense pressure, and runaway electrons. Solutions are being found for some of the stumbling blocks as scientists experiment with doughnut shaped reactors.

In 1831, British inventor Michael Faraday found he could excite electrons and generate electrical current by passing a magnet back and forth through a coil of wire. The world was to change with the revolution this primitive generator was to spawn. However, moving into the new millennium a couple of centuries later, mankind was not much the wiser after going through myriad forms of electricity generation. We are still looking for the “holy grail” of energy production, which is nuclear fusion, for a virtually unlimited amount of cheap and clean energy.

Every few years, shouts of electrical “Eureka” are heard as incremental improvements crop up in potential fusion methods. The challenges of the basic task of fusing the elements are immense, like temperatures hotter than at the centre of the Sun, intense pressure, and runaway electrons. Solutions are being found for some of the stumbling blocks as scientists experiment with doughnut shaped reactors. The ultimate charm is for fusion to take its fuel from ordinary seawater.

Man said the same thing in the 1950s when atomic power was supposed to be the “holy grail” of energy, and limitless and clean electricity could be provided by nuclear fission, in quantities so plentiful that it need not even be metered. But the cost of failure at Three Mile Island and Chernobyl added such a burden on compensation insurance that the world has tended to go off nuclear power for some time now.

Attractive as they are, renewable energy sources like solar and wind are effective in pockets and sectors, even if the costs of tapping them are coming down rapidly and technology is improving in the evacuation of such power generation to the grid.

The greatest charm of successful fusion is that you get more energy out than is put in, though this requires the combination of pressure, temperature, and time, to get past a critical value beyond which the reaction becomes self-sustaining. Some researchers claim breakthroughs in plasma pressure records while others say they have found ways to control the runaway electrons. However, even at an optimistic estimate like that of Bill Gates, whose foundation funds a lot of research in the direction of alternative energy sourcing, it would take at least another 15 years to master a green technology that will harness clean power to light up at least a billion homes worldwide that have no electricity whatsoever.

Bizarre ideas like harnessing the Earth’s heat, making an artificial tornado and getting energy from beer brewing waste have come up as teams of scientists hunt for that elusive power source which can give more energy than is put into the process. Magnets the size of a jumbo jet are being used in France in ITER’s Tokamak — the world’s largest magnetic confinement plasma physics experiment, in which India is also a partner — to try and deliver 500MW of fusion power, but the date of generation is not expected to be before 2035 or so. Small fusion reactors are, however, promising to be active by 2025.

The electricity needs of the world are growing exponentially. In the days of rapid global warming, the need to find clean and green energy sources is very urgent. India has a particular interest in power generation, including from alternative sources, because it has to find a way of keeping its people cool in summers that are getting hotter by the year. While research in places like Florida has shown that air-conditioning is one way to save lives lost to the heat in summer, how do you manage it in a country where only five per cent of citizens have access to cooling and in whose villages the humble electric fan is still a luxury?

It would seem beside the point that air-conditioning uses less HFCs now than before, but it still does require a tremendous amount of electricity. Air-conditioners are getting more efficient — one brand has claimed a great breakthrough this year — and so too refrigerators, and yet a huge amount of power is needed. To produce this means burning more fossil fuels, which defeats the very purpose of fighting global warming. Had India the ability to provide stable power to all its villages in summer, there would not be so many thousands of deaths from the heat, as Telangana state and Andhra experienced in 2016.

In the final analysis, we are caught in a vicious circle of needing to cool the planet, most of all in summer, but have to do so without burning fossil fuels. In such a scenario, imagine having to charge up millions of electric cars too by 2030 if a world fighting urban pollution does get to the point of retiring the internal combustion engine.

Truth to tell, the only way to win the game is to find that “holy grail” of nuclear fusion and make it work. Can we do it in time to save the planet?