Talking books: Now, borrow from the library of humans

The human library aims to use people’s experiences to challenge deep-seated prejudices and stereotypes. 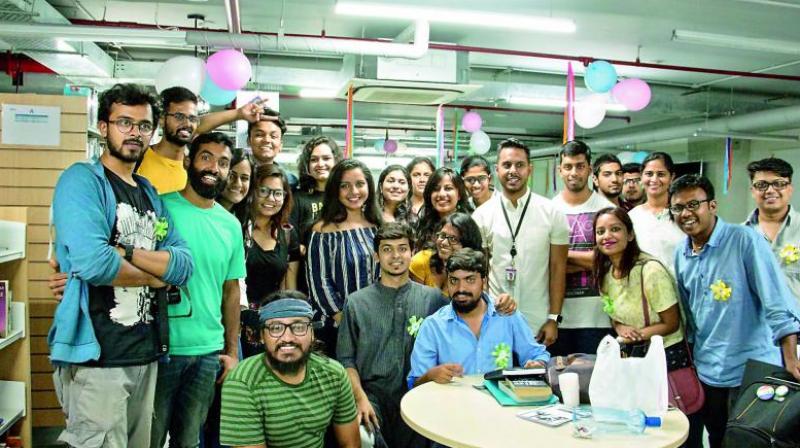 The human books concept was first introduced in Denmark in 2000.

If you want to wrap your head around a concept or learn about a burning issue, you can now borrow ‘human books’. Introduced in Denmark in 2000 by Ronni Abergel, the human library aims to use people's (human books) experiences to spread awareness and confront prejudices in society. From racism to caste discrimination, from sexual abuse to polygamy, from gender inequality to LGBTQ rights, the human books engage people with their stories and experiences.

The Human Library Organisation (HLO) organises events across the world where participants can choose a human book from several categories. Once a ‘reader’ selects a human book, he or she has a one-on-one chat with them for 30 minutes.

Who can become a book? Anyone who has faced discrimination, been victimised or has a story to tell.

Mr Abergel says, “Books are carefully recruited and prepared for ‘publication’ based on their personal experiences and backgrounds. Typically, they are members of groups in the community that are exposed to stigma, stereotypes or prejudices because of their social status, religion, occupation, ethnicity, sexuality, lifestyle, health or disability. Not everyone can be published; only those with valid experiences and who are able to communicate and understand their role as an open book.”

Harshad Fad, who works with the Human Library Organi-sation in India, says, “We decide the issues we want to highlight, and then we find people who represent them. It is like composing music and then putting the lyrics to it.”

Detailing the process of recruiting human books, Mr Fad said candidates are given questions that revolve around the kind of prejudices they have faced and experiences they want to share with  readers.

The Human Library Organisation also reaches out to people whose experiences allow readers to challenge deep-seated prejudices. “There are a lot of issues that people don't know much about. For example, sex trafficking. People don't understand the gravity of the problem. So we approach NGOs who help us to find a book that can talk about that issue. We had an NGO volunteer who spoke about sex trafficking survivors and the dangers they face.”

Human book Aditya Raja, who represents the LGBTQ community, said that sharing extremely personal stories of his trials and tribulations with a group of strangers made him feel “vulnerable” at first, but it was a unique experience to have a dialogue with readers as it helps them to see the human side of an issue that they haven't encountered in their lives.

Mr Raja has interacted with people of different ages and backgrounds at two events recently held in Hyderabad, and he feels that “often people leave the session with an entirely different opinion or more informed opinion.”

He says people who are biased don't understand the issues faced by the LGBTQ community. “Whatever misperception the readers have, they can directly ask the human book during the interaction session. It changes their perspective entirely.”

The human library concept, born out of the ‘Stop the Violence’ movement in Denmark in 2000, has spread across the world. Australia has become the first country to have a permanent human library. The HLO recently held events in Hyderabad, Mumbai and Pune. It is represented in over 70 countries, mostly in partnership with local organisations.

Highlighting its growing popularity, Mr Abergel says, “We engage many thousands of volunteer books, editors and librarians across the world. We are expanding every day with more ‘book depots’ and more partners in new countries.”

The Human Library Organisation is looking to spread its wings further. “It is very important for the concept of the human library to reach more and more people and cities. We are helping local organisers to understand the process. People are reaching out to us through social media to organise events. Currently, there are 30 human books in India,” says Mr Fad.