Virtual Money: The demise of banking

A cryptowallet is like having a mini bank in the pocket. 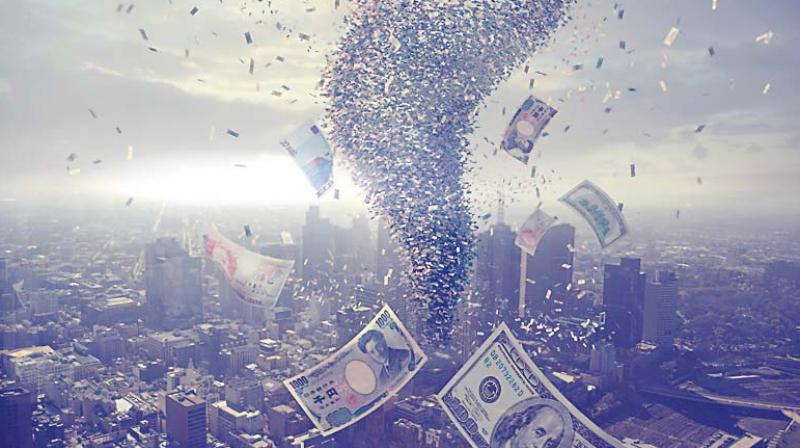 Cryptocurrencies can be transferred from one wallet to another wallet safely and securely.

I got into my autono-mous car and asked it to drive me to the South Coast Restau-rant. As I settled in my seat, I pulled out my smartphone to check the balance on my WalletCard. I smiled as I reflected on how much the world had changed in the last two decades.

The bank where I used to work was about to declare bankruptcy, so I had resign-ed to join a start-up that was designing an innovative digital card with an in-built cryptocurrency wallet. I pulled the WalletCard from my pocket and looked at it. This sleek card with a tiny chip and an ultra-thin display had obliterated credit and debit cards. I felt a sense of pride to be the designer of the security software that verified a payer’s biometric identity. For all practical purposes, the WalletCard was like a mini bank in my pocket.

The scenario above is not far-fetched. Cryptocurren-cies offer an order of magnitude higher efficiency in executing transactions, managing currency, controlling money supply and, contrary to popular belief, checking for money laundering. Best of all, counterfeits are impossible to create.

Cryptocurrencies can be transferred from one wallet to another wallet safely and securely. In the unlikely case of hacking, a cryptocurrency can be designed to trace future transactions to catch the culprit.

Therefore, if all my payments, receipts and liquid wealth were in cryptocurrencies, then what would be the incentive to “depo-sit” my liquid wealth in a bank?

Let’s briefly ponder over the question: Why do people keep their money in banks? People trust banks to keep their money safe. Direct deposits to banks help avoid inconvenience of handling cash. Banks enable electronic receipt, payment and transfer of money. A cryptocurrency can address all the needs for which people turn to banks, at a significantly lower cost. Therefore, in an economy where cryptocurrency has replaced paper currency, people wouldn’t have a need to “deposit” their cryptocurrency in a bank. Without deposits, banks would not be able to provide loans, which would spell the doom of retail banking as we know it. This is not to say that the need for credit would disappear but there is a difference between debt financing companies and banks. Debt financing companies raise their funds from capital markets. Banks raise their funds from deposits. Therefore, there is a clear and present need to rethink and redefine the purpose of banking in future.

In fact, the scenario described in the opening paragraph of this article could turn into a reality, if and only if, there were a significant progression in the development of blockchain, governance processes and related laws. Currently available cryptocurrencies, such as Bitcoin and Ether, don’t maintain stable valuations. Therefore, people use the cryptocurrencies as an investment. We would need stable cryptocurrencies that could be used as a medium of exchange.

The technology, systems and laws will have to evolve to keep private keys safe from hacking as well as inadvertent loss. Currently, owners of cryptocurrency use multiple wallets for privacy, security and to guard against the risk of inadvertent loss of their private keys. Having seen the evolution of the Internet from its early days, when Telnet and FTP were the primary tools of remote communication and data exchange, I can sense that the evolution of such complimentary technologies is on the cusp of the horizon.

While the initial evolution of cryptocurrencies wouldn’t have occurred without the huge support extended by the libertarian community, we are not expecting the governments of the world to relinquish control of currency any time soon. Driven by huge economic efficiencies as governments adopt cryptocurrencies, the central administrators would have to develop rules for blockchain governance. Who will be the miners or public ledger keepers of the cryptocurrency? What steps will be taken to ensure that there is no collusion among public ledger keepers? What process will need to be followed to fork a blockchain since the implications of forking of a blockchain are similar to demonetisation of currency? In order to address these questions, blockchain governance processes will have to be part of a comprehensive architecture of cryptocurrency management and control systems.

Successful adoption of cryptocurrency will requi-re a change in the laws, rules and institutions that support current banking. With no need to deposit their cryptocurrency in banks, people will need an insurance guarantee against hacking or inadvertent loss of their private key(s).

(Ravi Srivastava is a thought leader in the field of blockchain and cryptocurrencies. During the past 28 years he has led development of innovative software products and technologies that are currently in use. He lives in California)