Age Debate: The law of retaliation

The world has acknowledged the genuineness of Mr Modi’s preventive diplomacy. 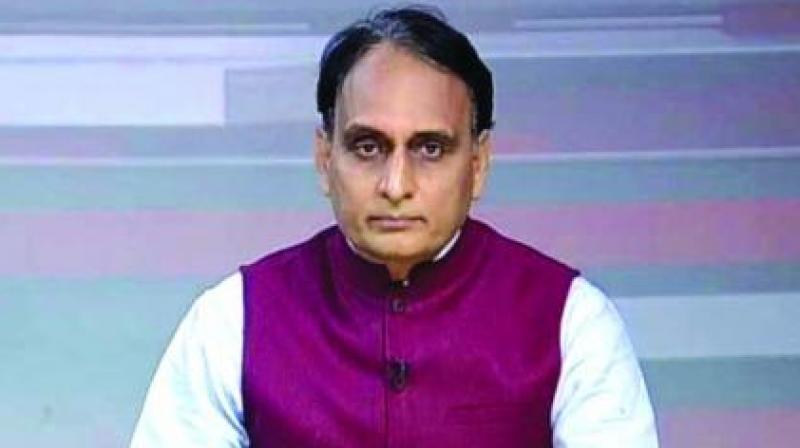 Uri’s grim story has hurt 130 crore people of India and the country collectively realised that days of dialogue and diplomacy with Pakistan are over. The RSS, Jan Sangh and later the BJP have never been unambiguous in their reading of Pakistan. Its very creation was based on the narrative of deconstruction of democracy, secularism, and indivisible civilisational history of India. Therefore, its primary source of existence has been perennial hatred for India. Rulers and generations of Pakistan have changed but their collective conscience against India remains unchanged.

The formation of the BJP-led NDA government in 2014 was a message of “Akhand Bharat”. The Pandavas, before entering the final battle of Mahabharata, made one last attempt to buy peace and demanded only five villages from the Kauravas but the latter refused.

Prime Minister Narendra Modi made the most sincere effort to convince Pakistan that mutual trust and dialogue was the path for resolving disputes. Pakistan, however, responded with terrorism that exposed it. The world has acknowledged the genuineness of Mr Modi’s preventive diplomacy.

A New York Times editorial on May 12, 2016, urged the US government “to put the squeeze on Pakistan” for its double game dealing with Afghanistan. However, the US can’t escape from its own responsibility for milking Pakistan’s tryst with terrorism.

In Pakistan, there has never been any pro-peace or pro-India sentiment. There is division of labour between Army, jihadis, politicians and press. They collectively disown terrorist actions emanating from their land be it 26/11 Mumbai terror attacks, Pathankot or now Uri. The reaction of Pakistani so-called liberal English press on Uri incident grimly unravel that they are legitimising tools of terrorism.

While Uri is a lesson for war-like alertness even during peacetime, it also finally resurrected our original perspective that it is institutionalisation of jihad masked by nationality. As democracies largely don’t engage in war, a democratic-secular state can’t expect constructive dialogue and critical solution from a theocratic and rouge state.

Sooner we realise our moral and military responsibility to undo the idea of Pakistan it would be precursor for peace in the region. There is no iota of doubt that every Pakistani terrorist considers his “sacrifice” as a service to the idea of Pakistan and Islam and none in Pakistan disavow them. Therefore, those who disclaim idea of disintegration of Pakistan as hawkish are, ipso facto, still guided by Nehruvian policy of mendicancy to buy peace.

Sometimes peace is born only from the barrels of guns. It was vindicated in 1971 and now time is ripe to change the map of the region. There is no demand in Pakistan for dialogue with India but there are some like CPI(M) and a microscopic but powerful lovers of Pakistan scattered from academia to art gallery and media, who beat their chests not for unprovoked attacks by Pakistanis but for dialogue with unprovoked aggressors.

Moreover, when the country has been facing the difficult choice to deal with a state which is a bunker of terrorists armed with nuclear arsenal, the Congress is engaged in taking political revenge with BJP and Mr Modi for its humiliating defeat in the last elections. The mandate of the people of India is to deal firmly be it the separatists in the Kashmir Valley or Pakistan.

$Buy peace from barrel of a gun

The Army has been attacked in Uri. How it should respond and what it could do is best left to them. Tackling terror from Pakistan cannot be led by an open military option. Pakistan is in a state of chaos facing terrorism, internal strife, an Army that runs a parallel government and a clergy that is accountable to none.

It is a victim of its own reckless use of religion, Army, international terror and US dependence. The economy cannot survive without external assistance and its Army needs to be armed by outsiders. This has made Pakistan become a willing sidekick of the United States and these days even China, both rogue states as far as India is concerned.

Looking at this, an intelligent strategy should be four-pronged and to hit where it hurts, but will not give a daily dose of nationalistic fervour, and hence would not be particularly understood by our Prime Minister. The four points are: deepen through our security agencies, the vulnerable social, communal and terror situation in parts of Pakistan, as their social and economic systems get fragile.

We must refrain from the kind of public pronouncements Prime Minister Narendra Modi made on Balochistan as this will only weaken our stand of Kashmir being a bilateral issue. Next is to pressure the United States and China, if necessary through tightening diplomatic and trade relations, to discipline Pakistan. Both nations need our markets, and Pakistan is a poor substitute.

In both cases, we will have to forget for a while our beliefs that we cannot do without US as a benevolent emperor, and China as a trade ally. We must never forget that the Americans have never been our friends, as they cannot deal with a proud, self-reliant democratic nation. They need slaves, not partners and Pakistan is willing to bend over, as much as the masters ask of it.

Third is to strengthen the military through armament and technology and get them to hit at border areas on a regular fashion, reducing the role of men, thus protecting our lives. Our Army, Air Force and Navy can give hell to the Pakistan in this kind of a situation. The last is to get real about solving the problems in Jammu and Kashmir. There is no option but talking, greater economic opportunities in the Valley, sensitive handling by security apparatus, building confidence amongst younger people, reining in the vicious communal RSS elements that make Kashmiris see red, rein in media to be more responsible and engaging with all parties, in whatever manner government thinks best.

These are all long-term options, and shall be the best to gradually hit our neighbours. An open military option shall give international powers to come on side of Pakistan, as they are needed in the West’s designs on Central Asia, Afghanistan etc., and Pakistan with no qualms is a willing lackey. China has found a willing dog with a wagging tail to give them markets, port access etc. It cannot allow Pakistan to get involved in a direct conflict. No nation can balance the internal conflicts of Pakistan, nor can they strengthen them to wade off our pressure on the border.

Right now let the military decide how and when it shall avenge the Uri attack. They are far more capable than anyone else, provided this inept government lets them be. The Prime Minister and his bumbling team should restrict themselves to empty rhetoric in television studios and selling patriotism till the next elections. Sandeep Dikshit is Congress spokesperson

$Allow Army to decide its own action