Age Debate: A barrage of sentiment
Opinion, The Age Debate

Age Debate: A barrage of sentiment

The government, soon after the Uri attack, started praising itself that it has been able to isolate Pakistan internationally. 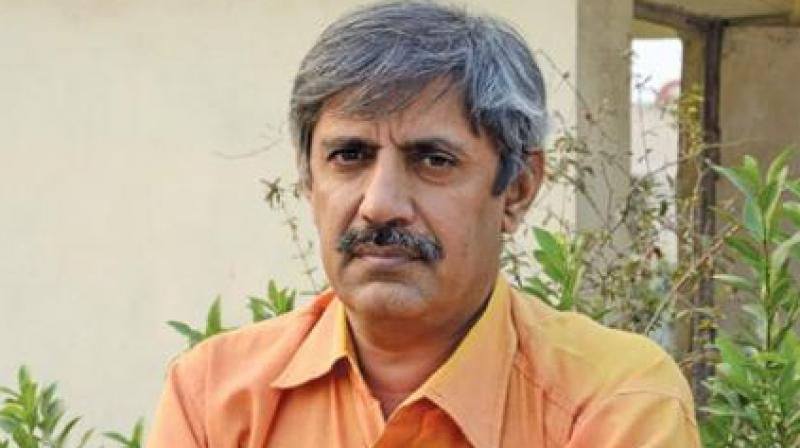 The 1960 Indus treaty has allocated rights of development on three eastern tributaries (Sutlej, Beas & Ravi) to India, and we have exhausted that entitlement almost fully. The treaty gave Pakistan dominant right of development of the three western tributaries (Chenab, Jhelum and Indus), India has limitations about water use (quantity and manner) in case of these rivers. India has not yet exhausted the entitlement in this case.

The September 26 meeting called by Prime Minister Narendra Modi took a number of decisions, including expediting projects on these western rivers, setting up an inter-ministerial task force to achieve it, restarting work on Tulbul navigation project and also, according to reports, suspending the meetings of the Permanent Indus Commission indefinitely. 56 years and 112 meetings after signing of the treaty, this is the first time when such a step has been taken.

If this is beginning of an exercise to abrogate or suspend the Indus Treaty, we should remember it has no exit clause. Hence, under the Vienna Convention (1969) on such treaties, the option of walking away from the treaty is almost non-existent.

In the meantime, there has been a lot of talk about stopping the water flow to Pakistan and that water and blood cannot flow together. Blood should not flow under any circumstances, but can we stop flow of water to Pakistan We must remember that we are talking about stopping the flow of several massive rivers, each with millions of cubic meters of water (and so much more that flows with it) on a daily basis on average, not turning off a tap or a pipeline. We do not have the infrastructure to either store or divert so much water. Such infrastructure needs a lot of studies, planning and years of work. Immediately, we can put up pumps to lift water from these rivers for use within Jammu & Kashmir and may be we could divert some to the nearest eastern river. But that would be of limited quantity. We have hydropower projects on both the Chenab and Indus, but these have limited storage capacity.

On the question of building more projects on the western rivers, this involves major structural interventions involving dams, deforestation, displacement, mining, building of roads, townships, tunnels, transmission lines, generation of millions cubic meters of muck, serious adverse impacts on landscape, rivers, biodiversity, climate and life and livelihoods of lakhs of people. All this in an area that suffers from multiple vulnerabilities including earthquakes, erosion, landslides, avalanches, floods, including GLOFs (Glacier Lake Outburst Flood).

While climate change is already worsening these vulnerabilities, these major interventions will make it much worse. We have already seen a trailer of the possible consequences in the J&K flood disaster of September 2014.

Are we asking the already long suffering people of J&K to suffer further There will also be a lot more collateral damage. All this may sound like the ranting of a weak heart. Far from it. One is reminded what Winston Churchill, known more for his hawkish views on war, said: “The day may dawn when fair play, love for one’s fellow men, respect for justice and freedom, will enable tormented generations to march forth serene and triumphant from the hideous epoch in which we have to dwell. Meanwhile, never flinch, never weary, never despair.”

There can be no two opinions that the terrorism originating from Pakistan soil needs to end. But equally clearly, there should be no doubt that using rivers, environment and the people of J&K will be neither effective nor just.

$It is not an effective or a just way

*** Prime Minister Narendra Modi has said that blood and water cannot flow together, but does it also mean that blood and business is thicker than water. Whatever it means, we leave it to the wisdom of the PM to clarify. The Indus water issue became controversial after Partition. The story of civilisation in the subcontinent began with the lifeline of the Indus namely the Indus Valley Civilisation.

The Indus has various tributaries, one even emanating from China. It is surprising that while hawks suggest cutting off water, there exists no mechanism to switch water on or off. What perhaps can be done is to store water or build dams to divert water but this can only be done in five years, endangering our ecosystem. This is also a two-way traffic with China breathing down our shoulder in the east.

However, one caveat that must be kept in mind, any step taken shouldn’t be in isolation. Our approach should be holistic as we are dealing with a rogue state.

In Opposition, the Congress has asked for concrete steps to be taken in the wake of the attack in Uri. We want an immediate Parliament session to discuss the security situation and term Pakistan as a terror state. There should be no hindrance on this from any political party. We have demanded that the government should immediately withdraw the most favoured nation status from Pakistan. Then we have demanded that there should be hectic lobbying all over the world against Pakistan.

There has been no response from the government. Apart from news leaks and clichés which are being served by the government, what and where is the concrete response Once again I would like to reiterate that my party has always followed a bipartisan approach as far national security is concerned. But it is time for the government to wake up and tell us what they are planning to do. It is a convenient statement to make that water and blood cannot flow together, but then what

The problem is that there is a confused Pakistan policy in place. The government, soon after the Uri attack, started praising itself that it has been able to isolate Pakistan internationally. Where is the isolation in the first time in the history of independent India it will be our friend Russia who will be carrying out joint military exercises with Pakistan.

China is investing in Pakistan. Iran is into talks with Pakistan regarding collaboration over its ports.

So please tell us what isolation has this government been able to achieve for Pakistan.

Gurdaspur, Pathankot, Pampore and Uri — these attacks have taken place in the last year. Mr Modi has had several rounds of meetings with his Pakistani counterpart. The NSAs of both countries have met several times, overtly and covertly. The question is what transpired between them What was the pressing need for Mr Modi to break his journey and land in Islamabad There is a shroud of secrecy which this government is practising over its policy with Pakistan. We have outlined our concerns, now it is for the government of the day to decide its response — be it Indus waters or isolation or anything else which it deems fit.

Tom Vadakkan is an AICC spokesperson

$ We need a holistic approach