Oil jumps above $14 a barrel after massive sell-off 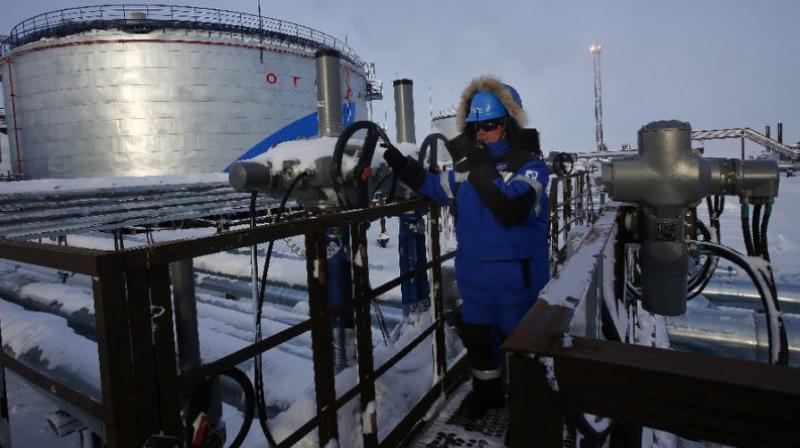 Oil jumps above $14 a barrel after massive sell-off. (AFP Photo)

SINGAPORE: US oil prices rebounded above $14 a barrel Wednesday, a day after a sell-off sparked by a major fund selling its short-term holdings of the commodity amid virus-triggered storage concerns.

West Texas Intermediate, the US benchmark, for June delivery jumped 14.5 percent to $14.13 a barrel in Asian morning trade.

It had plunged by more than 21 percent at one point Tuesday after the United States Oil Fund  a major US exchange-traded fund (ETF)  started selling its short-term contracts of the commodity.

Brent crude, the international benchmark, was trading 3.27 percent higher at $21.13 a barrel.

ANZ Bank said in a note that the market was hit by volatility Tuesday "as ETFs and index funds moved contract positions amid renewed concerns of negative prices" in short-term holdings.

The Oil Fund had sold its contracts due to expire in June to move into longer-dated holdings amid fears about storage space running out in the short term.

Following the US ETF's move, Standard & Poor's also told clients to sell their stakes in the June contracts and move them into July, ANZ said.

S&P operates the GSCI commodity index, which is tracked by pension funds and other big investors.

Other indices, including the Bloomberg Commodity Index, took similar steps.

Oil prices have fallen to historic lows this month, with WTI crashing deep below zero for the first time as governments worldwide shut down businesses and air travel grinds to a halt due to the virus.

An agreement by top crude-producing nations to cut output by 10 million barrels a day from May 1 has done little to calm the market.

The production cuts "will probably take weeks to show up in the physical market, hence we are still stuck with the inventories issues that will continue to curb any semblance of bullish appetite", said AxiCorp global market strategist Stephen Innes.