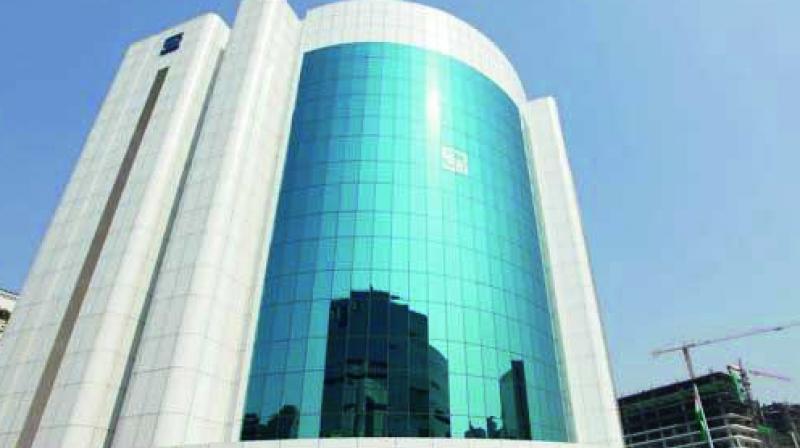 Market regulator Sebi has approved most of the recommendations of corporate governance panel. The key changes accepted by Sebi are

Mumbai: The Securities and Exchange Board of India (Sebi) on Wednesday approved most of the recommendations of Uday Kotak-led corporate governance panel, which had proposed sweeping changes to governance practices followed by listed firms in India including the separation of the office of chairman and MD, enhanced monitoring of subsidiaries and disclosure of related party transactions.

Among the recommendations approved with modifications include the separation of the office of CEO and chairperson. This will be initially made applicable to the top 500 listed entities by m-cap with effect from April 1, 2020.

The regulator has also made it mandatory for the webcast of annual general meetings (AGM) for top 100 companies by m-cap from FY19.

Listed firms will also have to seek minority shareholders approval for royalty or brand payments to related party exceeding two per cent of the consolidated turnover.

In order to improve the effectiveness of corporate boards, the regulator has asked top 1,000 entities to have a minimum of six directors by April 1, 2019. It has also put restrictions on the number of boards in which an individual can hold directorship.

From April 1, 2019 an individual can become director in only eight firms, which will be further reduced to seven by April 1, 2020.

Additionally, top 500 firms by m-cap will have to appoint atleast one-woman independent director by April 2019.

Other major recommendation which were approved includes disclosure of utilisation of funds from QIP or preferential issues, disclosure of auditor credentials, audit fee, reasons for resignation of auditors, enhanced role of the audit committee, nomination and remuneration and risk management committee and the disclosure of expertise or skills of directors. 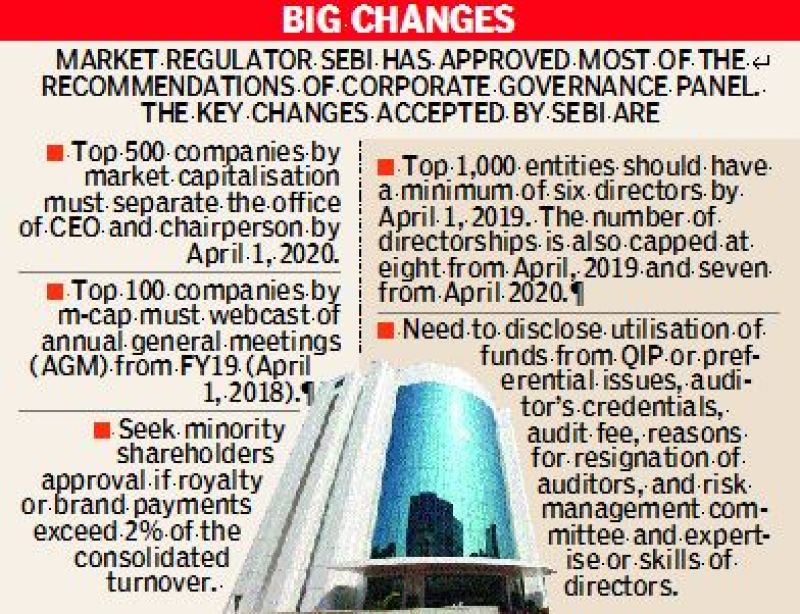 The Sebi board decided to refer about 15 recommendations to various agencies including government agencies, other regulators and professional bodies.

Such recommendations include strengthening the role of ICAI, internal financial controls, adoption of India Accounting Standards and governance aspects of PSEs.

In a bid to reduce high level of speculation in the derivatives market, market regulator Sebi has decided to introduce physical settlement for all stock derivatives in a phased and calibrated manner.

To discourage small investors from taking highly speculative trades, Sebi approved a framework where the level of exposure an individual can take in the futures and options segment would be based on his or her disclosed income as per their I-T returns over a period of time.

For exposure beyond the computed exposure, the intermediary would be required to undertake rigorous due diligence and take appropriate documentation from the investor.

For the smooth transition to physical settlement from the current cash settlement in the market, it has decided to enhance the eligibility criteria for a stock to get included in the derivatives segment.

“Around 26 per cent of the volumes in the equity derivative segment is accounted by retail investors. Moving to physical settlement would reduce speculation in the derivative market and facilitate greater alignment of price with the cash market,” Sebi chairman Ajay Tyagi said.