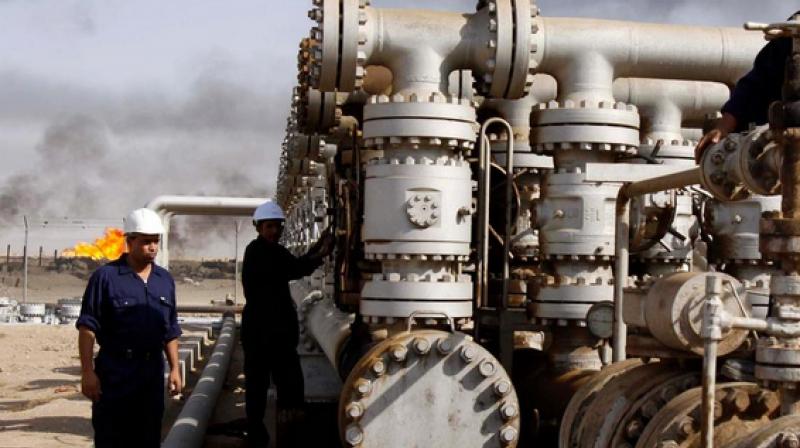 Melbourne: Oil fell on Tuesday, adding to huge declines in the previous session, on worries about limited capacity to store crude worldwide and expectations that fuel demand may only recover slowly as coronavirus pandemic restrictions are gradually eased.

Brent crude futures fell as much as 3.5 percent in early trade and were last down 1.4 percent, or 27 cents, at $19.72 a barrel. The benchmark slid 6.8 percent on Monday, and the contract for June delivery expires on 30 April.

Strategists said part of the WTI decline is due to retail investment vehicles like exchange-traded funds selling out of the front-month June contract and buying into months later in the year to avert massive losses like last week, when WTI plummeted below zero.

"Clearly everything's getting dragged down by the machinations in the WTI futures market," said Daniel Hynes, senior commodity strategist at Australia and New Zealand Banking Group (ANZ) in Sydney.

The main concern is that there is nowhere to store all the oil that is not being consumed due to the drop in global economic activity amid restrictions imposed around the world to curb the spread of the new coronavirus.

Even with the Organization of the Petroleum Exporting Countries (OPEC) and allies led by Russia having agreed record output cuts of nearly 10 million barrels per day (bpd) from 1 May, that volume is not nearly enough to offset a drop in demand of around 30 million bpd due to COVID-19 restrictions.

"While we're starting to see COVID-19 cases ease and some countries ease restrictions, those initial moves look fairly tentative. The market's coming round to the view there's going to be no quick recovery in demand," Hynes said.

As a result of the collapse in demand, global storage onshore is estimated to be about 85 percent full as of last week, according to data from consultancy Kpler.

In a sign of the energy industry's desperation for places to store petroleum, oil traders are resorting to hiring expensive US vessels to store gasoline or ship fuel overseas, shipping sources said.