Nifty may hold on to March gains

The broader markets outperformed the benchmark as BSE Mid-Cap and Small-Cap both registered gains of over half per cent. 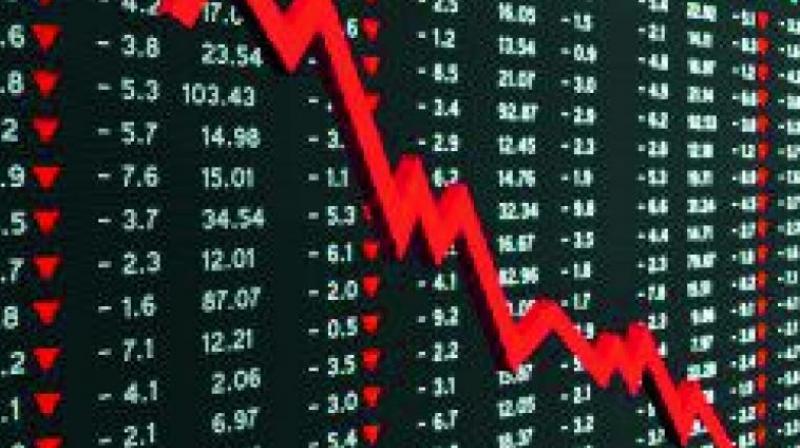 The market ended in the red on Wednesday after opening firm in the early trades but gave up gains ahead of F&O expiry and on worries over global economic growth as US 10 yr yield slid further. The Sensex ended 100 points lower at 38,132, while the Nifty closed below the 11,450-mark.

Most the Indices showed weakness except for the Nifty media and Bank Nifty. The Bank Nifty scaled a new high today led by heavy gains in Yes Bank, IndusInd Bank, IDFC First and RBL Bank. Defence stocks such as HAL and BDL surged as soon as PM Narendra Modi announced that India has joined the likes of US, Russia, and China, an elite group of nations that are space superpowers.

Analysts said India is likely to continue its outperformance among emerging markets due to FIIs inflow, expectation of revival in earnings growth and political stability.

Banking space has outperformed with a significant margin while Auto and Metals have underperformed in the recent past.

"The Nifty is trading with significant gains for the March series and is expected to hold on to the same. We continue to maintain a positive bias for the broader markets with bouts of correction to be used for accumulation. For the near term, support on the downside is seen at 11200 levels while targets seen at 11800/12200," Sahaj Agrawal, Kotak Securities said.

The broader markets outperformed the benchmark as BSE Mid-Cap and Small-Cap both registered gains of over half per cent.

In the absence of key positive triggers domestically and fear of the global economic slowdown, analysts expect the consolidation in the market to continue in the coming sessions.

The global developments and movement of crude oil prices and currency would remain on market radar.

"Any correction in quality Large/Mid-Cap companies with strong growth prospects should be considered as a good buying opportunity for long term investors. With central elections round the corner, volatility and nervousness is expected to remain high in the coming weeks. Hence, traders should avoid risky leveraged positions," said Jayant Manglik, President - Retail Distribution, Religare Broking Ltd.

According to technical analysts, a negative candle was formed on Wednesday, which has slightly overlapped the bull candle of Tuesday. Technically, this pattern is signalling a choppy trend or minor profit booking at the highs.

"We continue with our optimistic stance and sooner or later, expect the Index to head towards its record high. For the coming session, 11500 followed by 11546 has become a sturdy wall now and on the flipside, we do not expect the Nifty to breach and sustain below the sacrosanct level of 11400. The pragmatic approach for the expiry day would be to keep a close eye on above mentioned levels and one should keep following stock specific moves," Sameet Chavan Chief Analyst-Technical and Derivatives, Angel Broking said.