Rupee slips 12 paise against US dollar in early trade

A higher opening in domestic equities and sustained foreign fun inflows helped in restricting the slide in Indian unit. 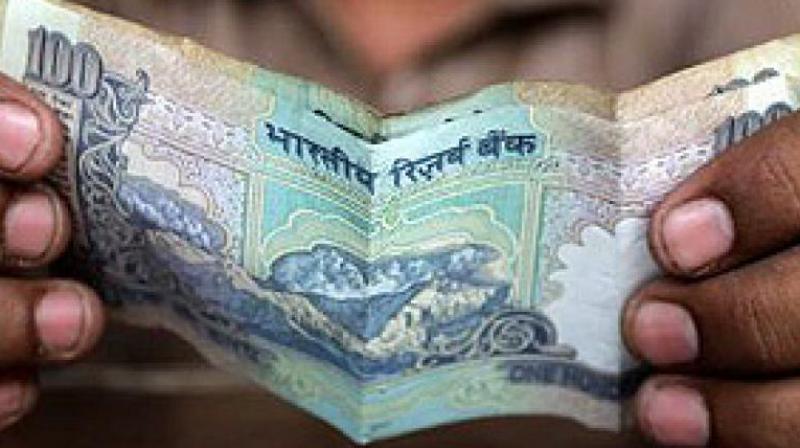 Rupee is trading at 68.98 against dollar on increased demand for the US currency from importers and rising crude prices. (Photo: AP)

Mumbai: The rupee depreciated by 12 paise to 68.98 against the US dollar in early trade on Wednesday on increased demand for the US currency from importers and rising crude prices.

However, a higher opening in domestic equities and sustained foreign fun inflows helped in restricting the slide in the Indian unit to some extent, forex traders said.

The local unit opened weak at 68.98 at the interbank forex market, down 12 paise over its last close.

The currency, however, pared some initial loss and was trading at 68.92 at 0939 hrs. On Tuesday, the rupee had appreciated by 10 paise to end at 68.86 against the US dollar following a robust response to RBI's maiden rupee-dollar swap auction.

Under the rupee-dollar swap auction conducted on Tuesday, the Reserve Bank received bids for USD 16.31 billion, against the notified amount of USD 5 billion.