In February 2017, Bhim app had close to 50 per cent market share of the UPI transactions. 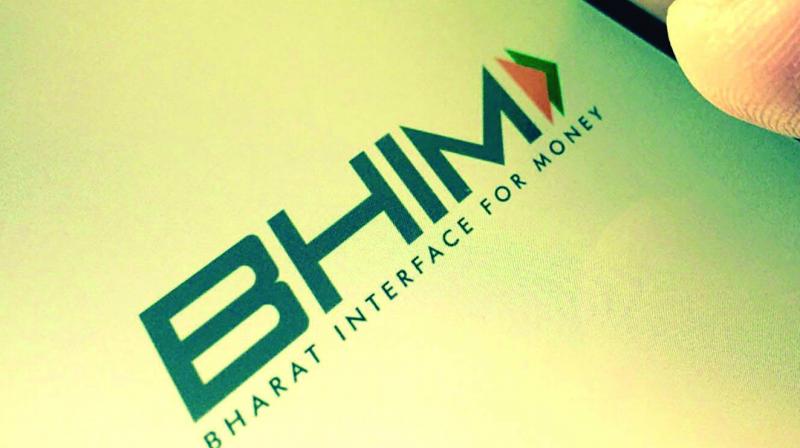 Bhim started losing its market share in July 2017 as it dropped from over 45 per cent to around 40 per cent in a month's time.

Chennai: Among UPI-based payment apps, NPCI-owned Bhim has been losing its market share over the past few months. However, the industry expects that it would regain market share from now on.

In February 2017, Bhim app had close to 50 per cent market share of the UPI transactions. Though Bhim transactions have moved up from 2 million a month to 35 million by the end of 2018, it has lost its share considerably to 3 to 4 per cent as the market grew several times to 700 million monthly transactions in a year's time.

Bhim started losing its market share in July 2017 as it dropped from over 45 per cent to around 40 per cent in a month's time. Further, by September 2017 it further fell to 25 per cent and 10 per cent by November. By December 2018, it came down to three per cent.

"Bhim started losing market share when other UPI-based apps were launched in the market. Naturally, when new players come in, market share will come down though the transactions keep growing in absolute terms,' said Sunil Rongola, VP-Strategy, Products and Analytics, Worldline India.

Moreover, most of the new entrants have been providing several incentives like cash-backs. This too negatively impacted the Bhim app. Many of the new players have been witnessing higher people-to-people transactions, which currently account for close to 30 per cent of the total transactions. Round-tripping, where a person makes a payment and gets it back from the receiver for cash-back, also has been quite prevalent with some of these apps.

However, after being integrated with the other apps, Bhim is expected to regain its market share in the coming months. It has been already integrated with apps like Paytm and Phonepe.