Hopes of a further rate cut by the Reserve Bank in the upcoming monetary policy meet also triggered buying interest. 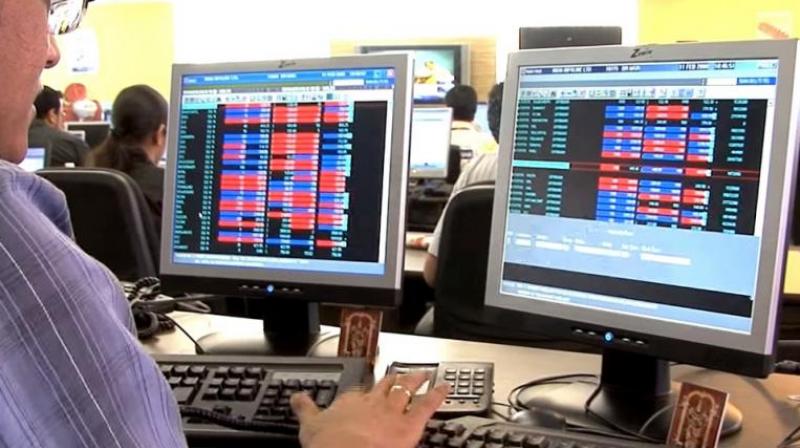 Boosted by renewed optimism over US-China trade deal and the divestment measures to curb fiscal deficit, the market saw massive buying, taking Sensex to a record closing high of 40,889, up  530 points. Hopes of a further rate cut by the Reserve Bank in the upcoming monetary policy meet also triggered buying interest.

NSE Nifty closed with a gain of 159.35 points, or 1.34 per cent, at 12,073.75 — just shy of its life-time closing high. Sectorally, BSE telecom index zoomed nearly 7 per cent on the BSE, lifted by a positive sentiment in the sector in the wake of government's relief measures and plans to raise tariffs by telcos.

All sectoral indices closed with gains.

Technical View
“On the first day of the week, the market has been able to control the bears with Nifty expanding and closing above these critical levels of 12,000-12,050  which has been controlled by bears. Further support of positive data from derivatives points out a bullish week ahead. We believe the levels of 11,80-11,750 will now act as a short term base for the next leg of the bullish rally, said Mustafa Nadeem, CEO, Epic Research.

According to analyst,  the derivatives data has pointed an upward shift despite a minor correction we have seen in the second half of the previous week. The shift is visible with long addition in 11200 - 11300 strikes while some good long build-up is seen in heavyweight stocks from Metals and Autos making impending breakout further imminent.

“We observe a formation of long bull candle at the new swing high of 12,083 levels. Technically, this pattern indicates an upside breakout attempt of the sideways range of the last 8-10 sessions. The Nifty is currently placed at the key resistance point of 12050-12100 levels and a sustainable move above this area could pull Nifty towards the new all-time high of 12,300 levels in the next one week,” said Nagaraj Shetti, Technical Research Analyst, HDFC securities.

Market View
The recent government move on privatisation to boost revenue collections that have been hit by slowing economy has boosted investor sentiments.

“Cues that US & China will conclude a deal by next month lifted the sentiment across the globe. Reconstruction of Sensex indices & new developments over divestment to curb fiscal deficit provided confidence in Indian market. Expectations of further cut in interest rate by RBI, gave advantage to rate sensitive stocks,” said  Vinod Nair, Head of Research at Geojit Financial Services