The Dow ended above 19,000 for the first time Tuesday as US traders, while still uncertain about the long term. 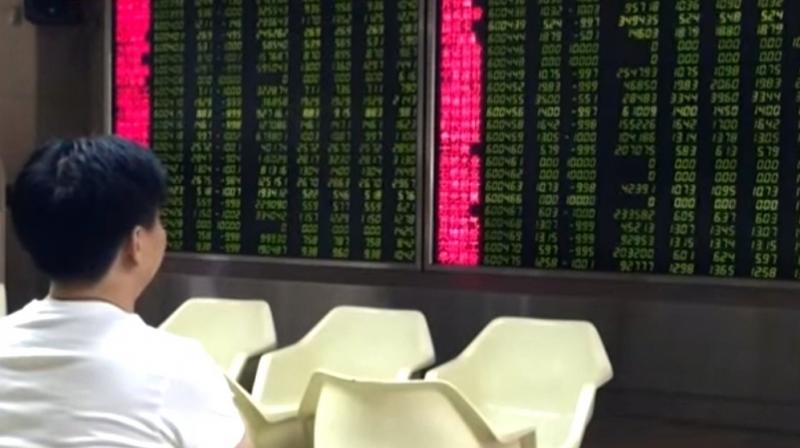 Hong Kong: Asian markets rose again Wednesday tracking another record close on Wall Street, while the dollar extended its march against the yen on expectations of a US interest rate hike.

The Dow ended above 19,000 for the first time Tuesday as US traders, while still uncertain about the long term, bet on a near-term bump for the world's top economy from Donald Trump's growth plans.

Investors are betting a Trump administration will cut taxes, ramp up infrastructure spending and slash regulations, all of which would likely fan inflation, in turn putting pressure on the Federal Reserve to hike interest rates.

"Bulls have got control here and US equity and many other developed markets are going higher, at least in the short term," said Chris Weston, chief markets analyst in Melbourne at IG Ltd, in an e-mail.

"The Fed has been guiding market participants to believe they always wanted a hike in December, they just needed a little more information before increasing rates and now they have more than enough information to convince them."

Tokyo was closed for a public holiday.

The Fed is due to release minutes later Wednesday of its most recent policy meeting and while it will be pored over for clues about its future rate plans, traders are all but certain it will lift costs in December.

Expectations of higher rates have sent the dollar soaring against the yen this month. On Tuesday it hit a seven-month high of 111.36 yen before easing slightly.

"I would expect the dips to remain shallow as the dollar should remain king of the hill as the market's appetite for greenbacks remains solid," Stephen Innes, senior trader at OANDA, said.

On oil markets both main contracts were slightly higher after a flat session Tuesday but traders are now growing cautious over the outlook for an OPEC-Russia deal to cut output, with Iran and Iraq dragging their feet.