PC shipment saw a 22.5 per cent fall in the third quarter this year. 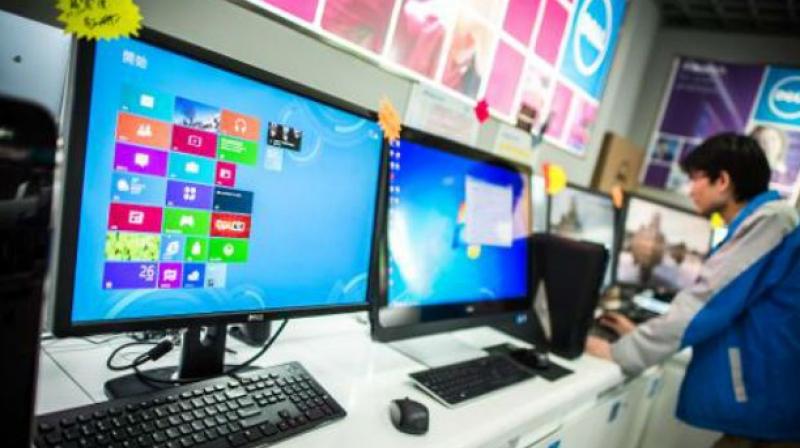 New Delhi: Hit by a double whammy of seasonality and government's move to scrap old Rs 500 and Rs 1,000 notes, the Indian PC market is expected to be "sluggish" in the coming quarters, research firm IDC said on November 22.

PC shipment saw a 22.5 per cent fall in the third quarter this year to 2.51 million units compared to the year-ago period, as per IDC data. On a sequential basis, however, there was a 17.3 per cent growth in the said quarter.

"IDC anticipates seasonality to impact the consumer market and currency demonetisation adding to the worse; as early indicator illustrates an immediate impact on retail purchase and drop observed in online channel business."

The Centre on November 8 announced the demonetisation of old 500 and 1,000 rupee notes in a bid to fight against black money and terror funding activities.

However, commercial spending is anticipated to drive PC market momentum owing to the execution of state-owned education projects observed across different states, he added.

The consumer PC market recorded 1.37 million units shipment in September quarter, a sequential growth of 31 per cent over the April-June 2016 quarter.

The commercial PC segment recorded 1.13 million unit shipment in the said quarter, up 4.1 per cent from the preceding quarter.

"With favourable domestic macroeconomic scenario spending from enterprises have been positive and anticipate improved spending in upcoming quarter as well," he said.