Japan's Nikkei rebounded to end the morning slightly up and at its highest mark since January. 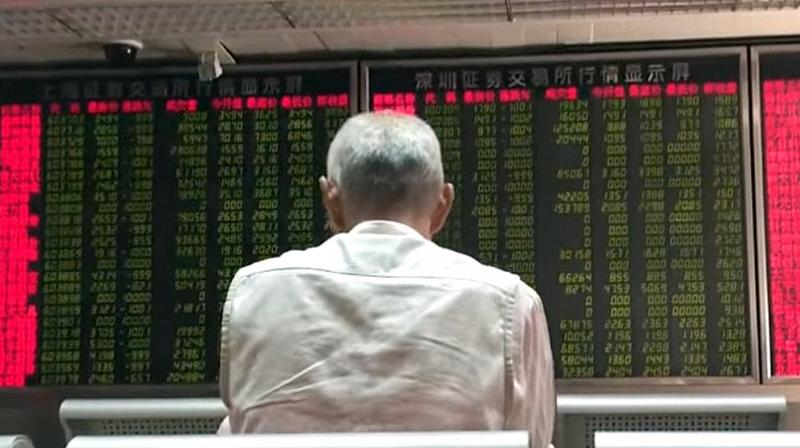 The 6.9 magnitude quake struck around dawn in the same region as the deadly 2011 tremor, sparking worries of another tragedy. But while it caused some tsunami waves they were not as high as five years ago.

The yen strengthened against the dollar after the quake as investors sought out safe haven assets but gave up most of the gains as it emerged there was no major damage.

The dollar fell to as low as 110.27 yen before bouncing back to sit at 110.70 yen, with expectations it will extend gains on bets for higher US interest rates under Donald Trump's presidency.

Japan's Nikkei rebounded to end the morning slightly up and at its highest mark since January.

Hopes that the OPEC oil cartel and Russia will be able to hammer out an agreement to cut production have lit a fire under crude prices and in turn energy stocks.

With OPEC's twice-yearly gathering set for November 30, speculation is mounting that officials are close to a deal that would address a global supply glut.

"Market players are positioning themselves for higher prices, and oil will be in the $50 to $55 range if there is a deal," Giovanni Staunovo, an analyst at UBS Group AG in Zurich, told Bloomberg News.

"OPEC members are building a lot of expectations and taking too much exposure to let a deal fail."

Both main contracts surged more than four percent on Monday and extended the gains in Asian trade, providing a springboard for regional energy firms.

The uplift tracked a record close on Wall Street for all three main indexes thanks to the energy rally and expectations for a rate hike.