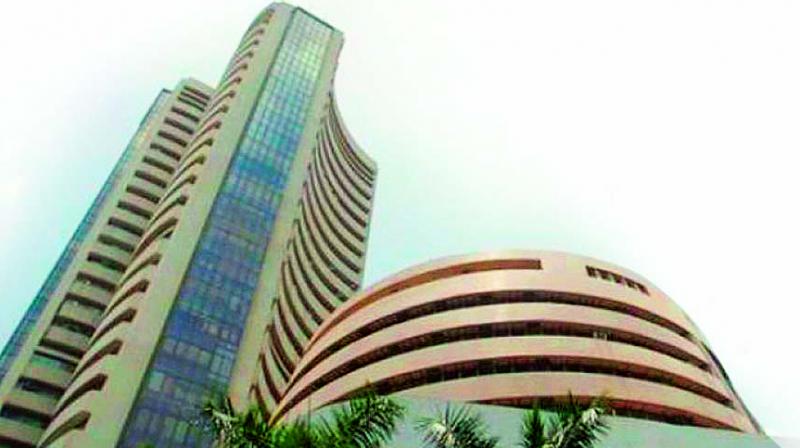 Mumbai: The shares of housing finance companies (HFC) and other financial service firms were battered badly on Friday causing a flash crash on the domestic bourses as rumours about default by certain entities amidst rising delinquencies and cost of capital triggered panic selling in the market.

The Sensex crashed nearly 1,500 points from its days high in the intra-day trade with stocks such as DHFL and Yes Bank tanking 60 per cent and 34 per cent respectively.

With the Reserve Bank of India (RBI) initiating an audit of IL&FS and banning the group from accessing the commercial paper market after a default in loan repayment, there was strong rumours about a default by DHFL that triggered massive selling in the stock. After touching an intra-day low of Rs 246.25, the stock ended the day at Rs 351.55, down 42.43 per cent from its previous sessions close of Rs 610.60.

However, the management of DHFL assuaged investor concern by stating that the company has not defaulted on any bonds or repayment nor has there been any single instance of delay on any of its repayment of any liability. “We do not have any exposure with IL&FS,” said Kapil Wadhawan, CMD, DHFL.

Most of the NBFCs and HFCs ended the day with deep cuts as there was high degree of uncertainty regarding their exposure to IL&FS which own debt of Rs 91,000 crore.

“The macro meltdown in terms of relentless rupee weak weakness and bond yield hardening has finally shown-up its impact in full vigour on the market,” noted Jagannadham Thunuguntla,  senior VP and head of research (Wealth) at Centrum Broking Limited.

In a scenario where bond yield is hardening and liquidity drying up, he said the first segment that will come under pressure would be NBFCs in general and HFCs in particular.

“The very nature of HFCs is to have negative Asset-Liability-Mismatch (ALM) scenario wherein they liabilities (sources of financing) will have to re-priced multiple times during the life of assets (housing loans). In an increasing interest rate scenario (such as current times), a higher proportion of shorter tenure funding against a higher proportion of long-term assets, would be harmful,” he added.