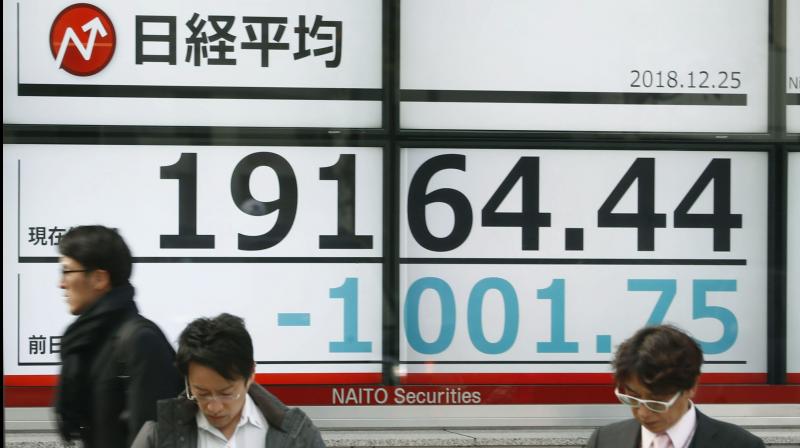 The decision drew a warning from President Donald Trump that Washington would react “very strongly” against the attempt to gain more control over the former British colony.

Earlier this month, the U.S. State Department delayed a report to Congress assessing whether Hong Kong enjoys sufficient autonomy from China to continue receiving special treatment from the United States.

“The report could be submitted next month and there is risk the U.S-China confrontations will intensify towards that,” said Ei Kaku, senior currency strategist at Nomura Securities.

Washington has ramped up criticism of China over the origins of the coronavirus pandemic. Last week, it moved to block global chip supplies to blacklisted telecoms equipment giant Huawei Technologies, while the U.S. Senate passed legislation that could prevent some Chinese companies from listing their shares on U.S. exchanges.

U.S. stock futures erased early gains to stand flat though they were up 3.3% so far on the week, supported by hopes of economic reopening in many parts of the world as coronavirus lockdowns are relaxed.

“It is likely that the worst is over in terms of economic activities so if you look at the momentum, economic fundamentals are getting better,” said Hiroyuki Ueno, senior strategist at Sumitomo Mitsui Trust Asset Management.

The euro was unchanged at $1.0945. The yen hardly budged at 107.58 per dollar after the Bank of Japan unveiled its own version of the U.S. Federal Reserve’s “Main Street” lending programme to channel more money to small businesses.

The decision has been widely anticipated as the BOJ had said last month it would create such a scheme.

Markets were little fazed by China’s announcement that it would not set an economic growth target this year for the first time in decades and its pledge of more government support for the virus-hit economy at the start of the annual parliament meetingm, which had been widely expected.

“The absence of a GDP growth target for this year confirms that, as we expected, policymakers accept that, after the plunge in Q1, economic growth will be low for 2020 as a whole even with a significant sequential recovery in Q2-Q4,” Oxford Economics said in a note to clients.

“The sizeable overall fiscal deficit target indicates significant policy support for the domestic recovery that we expect to continue despite the challenging external background. We expect year-on-year GDP growth to average 4% in H2.”

Oil prices eased slightly but were headed for a fourth straight week of gains, on more evidence that fuel demand is recovering as countries ease business and social restrictions that were imposed to counter the coronavirus pandemic.