The Fed's bullish outlook has pushed the dollar ever higher, sitting at 10-month highs against the yen. 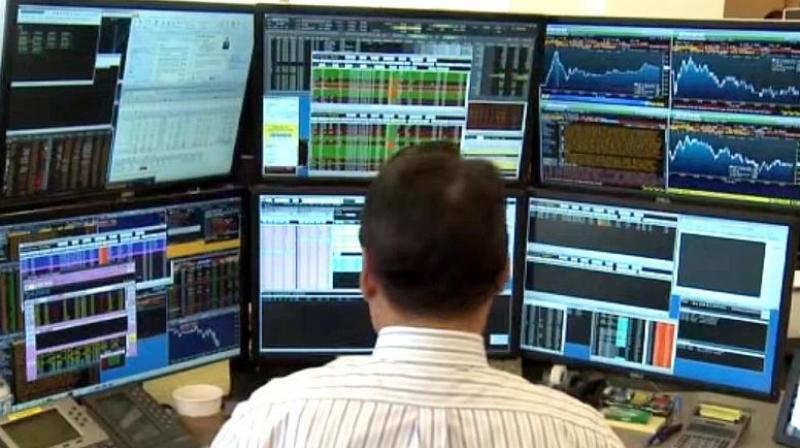 Hong Kong added 0.5 per cent after suffering a four-day sell-off, while Shanghai was also 0.5 per cent higher and Sydney put on 0.6 per cent.

Hong Kong: Asian markets turned higher Wednesday and the dollar resumed its upward march as investors tracked another record on Wall Street and refocused on the global economy after Europe's deadly attacks.

The Berlin Christmas market horror and shooting of Russia's Turkish ambassador fanned concerns that fresh geopolitical woes could upend a rally in world assets triggered by Donald Trump's election as US president.

But the fear did not filter through to Europe and New York, where the Dow got within striking distance of the 20,000 mark for the first time.

"Noteworthy is the resilience of equity markets and low volatility in the face of two horrific terrorist attacks in Europe," Jason Wong, a currency strategist at Bank of New Zealand in Wellington, wrote in a note to clients Wednesday.

"They seem to have had little impact on the market," he said, according to Bloomberg News.

Hong Kong added 0.5 per cent after suffering a four-day sell-off, while Shanghai was also 0.5 per cent higher and Sydney put on 0.6 per cent.

Seoul gained 0.3 per cent, Wellington jumped 0.8 per cent and Singapore 0.1 per cent. There were also advances in Manila, Jakarta and Kuala Lumpur.

World markets have been on the rise since Trump's November 8 election as dealers bet his plans for big state infrastructure spending, tax cuts and deregulation will fire the US economy, the world's largest and key driver of world growth.

There are also widespread expectations that his policies will fire inflation, forcing the Federal Reserve to hike borrowing costs. And last week the central bank said it foresaw three increases next year, surprising markets who had expected just two.

The Fed's bullish outlook has pushed the dollar ever higher, sitting at 10-month highs against the yen and heading towards parity with the euro for the first time since 2002.

In early trade on Wednesday, it was floating around 118 yen while the euro struggled around the $1.04 mark.

Comments from Fed boss Janet Yellen this week that the US jobs market was at its strongest since before the financial crisis added to support for the greenback.

"She didn't step back from the hawkishness of last week's Fed," Greg McKenna, chief strategist at CFD and FX provider AxiTrader, said in a note.

"It's reinforced policy divergence to forex traders and strengthened the US dollar. But it hasn't hurt stocks because traders are focused on the economic strength."