Investments via P-notes decline to Rs 69,670 cr at Nov-end

The total value of investments via P-notes in the Indian markets declined by Rs 7,103 crore to Rs 69,670 at Nov-end. 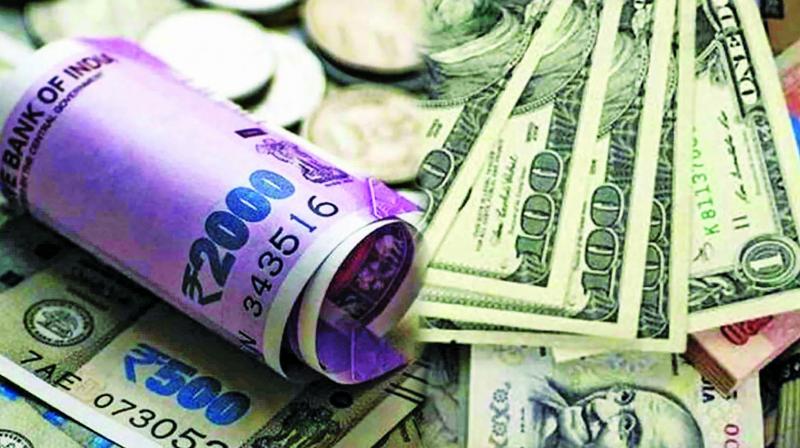 Of the total investments made till the end of November, Rs 52,749 crore was invested in equities, Rs 16,238 crore in debt and Rs 683 crore in derivatives segments. (Photo: Representational)

New Delhi: Investments through participatory notes (P-notes) in the Indian capital market dropped to Rs 69,670 crore at the end of November.

P-notes are issued by registered foreign portfolio investors (FPIs) to overseas investors who wish to be part of the Indian stock market without registering themselves directly after going through a due diligence process.

The total value of investments via P-notes in the Indian markets (including equity, debt, and derivatives) declined by Rs 7,103 crore to Rs 69,670 crore by the end of November from Rs 76,773 crore at October-end.

Of the total investments made till the end of November, Rs 52,749 crore was invested in equities, Rs 16,238 crore in debt and Rs 683 crore in derivatives segments.

The investment of Rs 76,773 crore at the end of October was registered after a continuous decline since June, the data with markets regulator Sebi showed.

The investment at September-end stood at Rs 76,611 crore and then marginally rose to Rs 76,773 crore at October-end.

In July, Sebi's board approved a proposal to rationalise the framework for issuance of P-notes.

The use of P-notes has been on a decline since 2017 and slumped to a nine-and-a-half year low of Rs 66,587 crore at the end of October last year.

In July 2017, Sebi notified stricter P-notes norms stipulating a fee of USD 1,000 that will be levied on each instrument to check any misuse for channelising black money.

It had also prohibited FPIs from issuing such notes where the underlying asset is a derivative, except those which are used for hedging purposes.