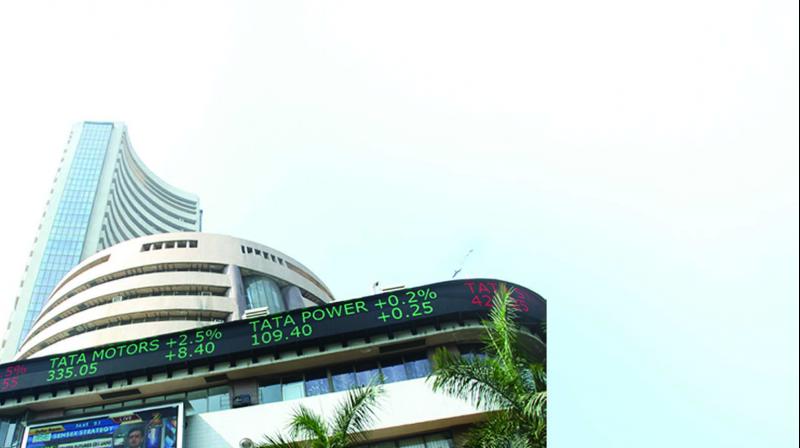 SBI has said it may look at taking the general insurance business public next fiscal, ruling out any such move in 2017-18.

Mumbai: The demonetisation induced economic slowdown haven’t deterred foreign portfolio investors (FPI) from making heavy investment in the Indian capital market as expectation about a stronger recovery in both corporate earnings growth as well as economy have encouraged many of them to take a long-term bet on India.

The prospects of a lower than expected rate hike by the United States Federal Reserve along with the government’s ability to push through economic reforms like the goods and services tax (GST) have also contributed to higher investments by overseas investors.

According to the data available with National Securities Depository Ltd (NSDL), overseas investors have pumped in record Rs 1.41 lakh crore in the markets in 2017 till date.

While the equity markets saw a net investment of Rs 53,759 crore, the debt market witnessed an inflow of Rs 87,336 crore. Their total investment in both the equity and debt market is the highest ever investment made when compared to the same period in previous years.

“Things can only get better from here and the increased flow is a recognition of the various structural reforms initiated by the government, which is expected to yield results in coming years. Even if there is a slowdown, the growth is still better than others. After a long time, both equity and debt are looking equally attractive and I don’t see any sudden reversal in flows though intermittent profit booking can’t be ruled out,” said Swarup Mohanty, CEO of Mirrae Asset Management Company.

Till May, the India focussed offshore funds have raked in $2.7 billion when compared to net inflow of $895 million in India focussed ETFs suggesting that the fresh flows coming to India are long term money.