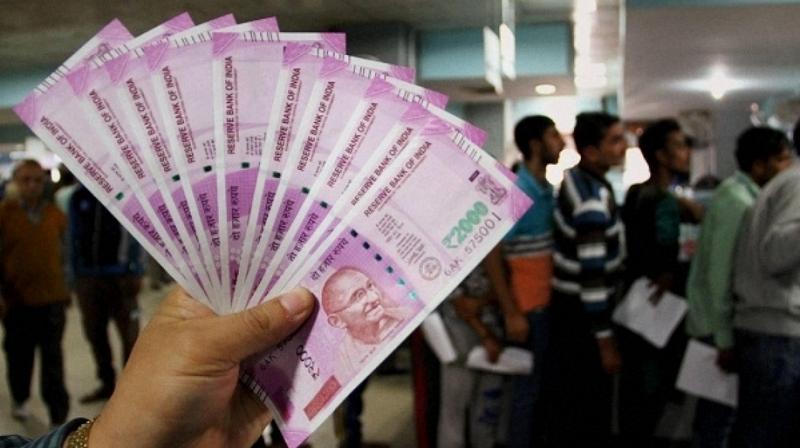 New Delhi: Foreign portfolio investors (FPIs) have withdrawn a net Rs 12,650 crore from the Indian capital markets in April so far amid the coronavirus crisis.

Between April 1 to 17, FPIs pulled out a net sum of Rs 3,808 crore from equities and Rs 8,842 crore from the debt segment, the depositories data showed.

However, April has been a tad better compared to March, when overseas investors had withdrawn a record Rs 1.1 lakh crore on a net basis from the Indian markets (both equity and debt).

"Out of eight trading days so far in the holiday truncated month, FPIs were net buyers in the Indian equity markets in four," he said.

Citing the reason for net inflows on some days in April, Harsh Jain, co-founder and COO at Groww, said "global markets are becoming more stable. The general belief is that the virus has peaked in many parts of Europe which is aiding the sentiments of global investors. The oil deal between OPEC and Russia is also contributing to the relatively more stable markets."

According to Srivastava, the widespread concern among foreign investors about slowdown in the global economy due to the COVID-19 outbreak has been keeping them on the tenterhooks.

He added that slowdown in the quantum of net outflows in April does not indicate a change in the trend at this juncture as the underlying environment continues to be negative.

However, he said this could be a result of India gaining prominence among foreign investors for doing well with regards to containing the pandemic.

In addition to that, measures announced by the government and the RBI periodically to revitalise the sagging economy would also be resonating well with investors. The sharp fall in the markets has also provided investors an opportunity to invest at relatively attractive levels, he said.

Going forward, Srivastava cautioned that "there lies a bumpy ride ahead."

In such times of uncertainty, FPIs would continue to adopt a measured approach when it comes to investing in emerging markets like India. With low risk appetite, they would continue to drift towards safer investment avenues and safe havens such as USD and gold, he said.