‘India growth story to continue irrespective of who forms govt’

The reforms initiated by the Modi government will have far reaching benefits and whoever forms the government, prospects are very good. 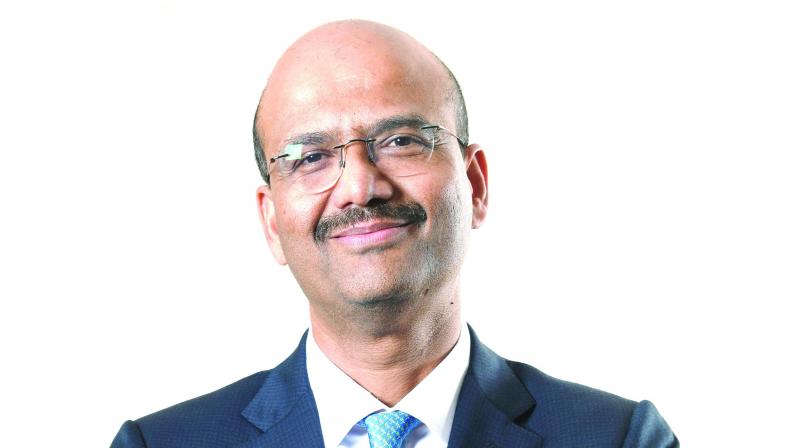 The reforms initiated by the Modi government will have far reaching benefits and whoever forms the government, prospects are very good. And like in the past, extreme reactions in the market post-election will be for a short period, says R Venkataraman, Managing Director IIFL Holdings in an exclusive interview to Ashwin J Punnen of Financial Chronicle.

The market is going through a correction phase, is time ripe for value investors buy into equities?
Undoubtedly yes for the long-term investor. Given the polarized market, there will be dispersion in returns as not all sectors are doing well. Some higher growth companies are trading at significantly high multiples. As we have seen significant fall in the broader markets a lot of pockets of the market have become attractive. However, most investors are cautious, as they want to wait for election results to allocate capital to Indian equities.

Foreign investors are pulling out of India market for some time. How long will this trend continue?
Last year we saw FII selling after many years of inflows. In terms of valuation whether in term of P/B or P/E relative to ROE, India is expensive relative to its peers. Depreciating rupee also hurt sentiments. Once earnings growth catches up we would see FII flows returning.

Do you believe that there are meaningful downside risks to growth?
We are optimistic about growth in India and even if there is a downturn it will be short lived. RBI in its latest monetary policy has changed its stance to neutral and cut rates by 25 bps. The issue is domestic liquidity and availability of credit to various sectors for growth especially in Jan – Mar quarter. It is critical for the policy makers to ensure enhanced credit is available at affordable cost of capital to ensure there is no downward spiral. The entire economic system is adjusting to far reaching changes like GST, Bankruptcy Code, RERA etc. Benefits of such reforms take time to materialize as well.

How are you looking at the risk with the upcoming elections and how can that influence the markets?
Sentiment and perception sometimes become more important than reality. Though we believe India’s growth story to continue irrespective of whoever forms the government, there is fear about who will form the government. It is too early to predict anything. As I have said, reforms initiated by the Modi government will have far reaching benefits and whoever forms the government, prospects are very good. Any impact of the elections outcome will be short lived. We have seen such extreme reactions in the past but all were for a short period of time.

What is the situation likely to be when it comes to domestic liquidity?
Despite, the regular OMOs done by the RBI, there are still some challenges in terms of liquidity. As the policy stance has changed one does expect an improvement in the scenario going forward. I think flows to user sectors are improving. The system saw a major freeze in October 2018, which is getting resolved slowly but surely.

What are your take on NBFCs?
We are very optimistic about the prospects of the NBFC sector. In the last few years they have become a force to reckon within the Indian financial eco system. Net credit delivery also grew. NBFCs are uniquely placed because of their distribution strengths, risk management systems and low cost delivery models. They will continue to grow. In the recent past we have seen NBFC sector as a whole getting re-rated because of liquidity and asset liability management issues. This was an outcome of the short-term liquidity concerns in the entire Indian eco-system as CPs became tight. You must keep in mind that the sector had a dream run till October 2018 and some correction is good. Demand for credit in an under penetrated marked like India is never a question. The critical parameter for NBFCs is liquidity and availability of long term resources. This is getting resolved slowly. Till then the sector will pass through challenging times. Our main businesses, which are small ticket loans such as Small Business Loans, affordable housing loan and gold loans are not facing too much headwinds in terms of growth.