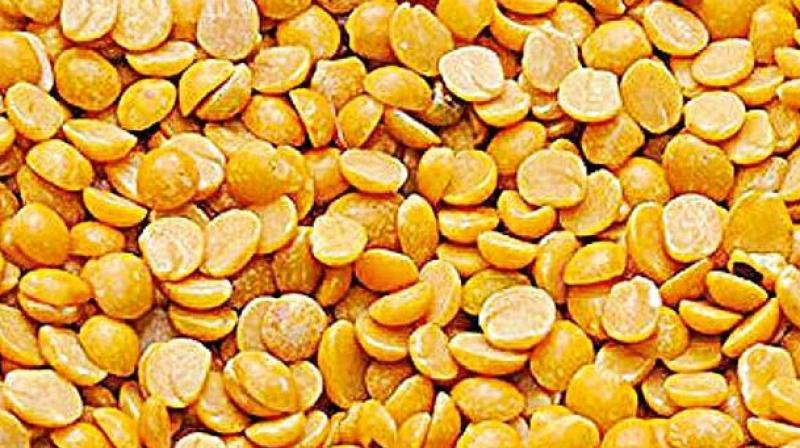 Pulses production is estimated to increase to more than 20 million tonnes in 2016-17.

New Delhi: The government is looking to achieve its buffer stock target of 2 million tonnes of pulses by June next year, which will be used in case of price rise, a top Consumer Affairs Ministry official said today.

"We have purchased about 6 lakh tonnes of pulses so far. We will be able to complete the entire 2 million tonnes by June 2017," Consumer Affairs Secretary Hem Pande told reporters on the sidelines of FICCI conference on food service industry.

Asked about imports, he said the country has imported about 3.5 million tonnes so far this fiscal, of which 0.4 million tonne is by public sector trading agencies.

"We will ensure domestic availability of 24-25 million tonnes of pulses," he added. On total imports this fiscal, Pande said: "We expect significant rise in production. This may lead to reduction in imports."

India imported nearly six million tonne pulses last fiscal to meet the domestic demand. On prices, he further said, pulses prices have fallen while sugar prices are stable. Pulses prices had skyrocketed to Rs 200 per kg, but the rates have now fallen significantly.

Earlier addressing the conference, Pande said, the government is coming up with a new Consumer Protection Act to safeguard the interest of buyers and hoped that the same will be passed in the current Parliament session.

He also emphasised on increasing the processing level of fruits and vegetables to 20 per cent from the current 2 per cent to reduce post-harvest losses.

Pande said there is a need to reduce post-harvest crop loss as well as wastage of cooked food.