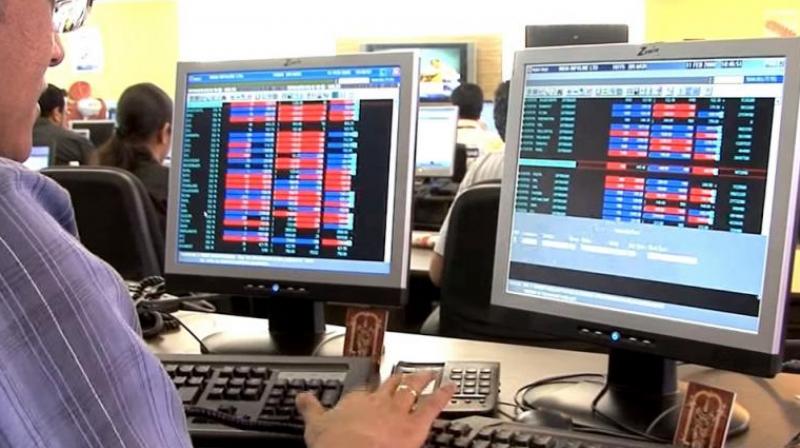 Mumbai: Retreating from its record high level, the benchmark BSE Sensex shed 300 points to touch 31,775.54 in opening trade on Tuesday amid a weak lead from other Asian markets.

The wider NSE Nifty too backtracked from its all-time peak and dipped below the 9,800-level.

Brokers said apart from profit-booking at record levels by participants, a weak trend at other Asian markets amid concerns about Donald Trump's economic agenda as he struggles to pass key healthcare legislation, hurt the trading sentiment here.

The BSE 30-share barometer after dipping to a low of 31,626.44 points at the outset, recovered partially to quote 299.24 points, or 0.93 per cent down at 31,775.54. Stocks led by FMCG, consumer durables, oil and gas and realty were major losers that dragged both the key indices down from their record highs.

Stocks of ITC suffered the most by falling 11.90 per cent to Rs 287 after the GST Council yesterday hiked cess on cigarettes.

Foreign portfolio investors bought shares worth a net of Rs 328.61 crore yesterday, provisional data showed. Most Asian markets were lower in their opening trade. Hong Kong's Hang Seng was down 0.19 per cent, Japan's Nikkei shed 0.68 per cent and Shanghai Composite Index was down 0.62 per cent in their early deals.