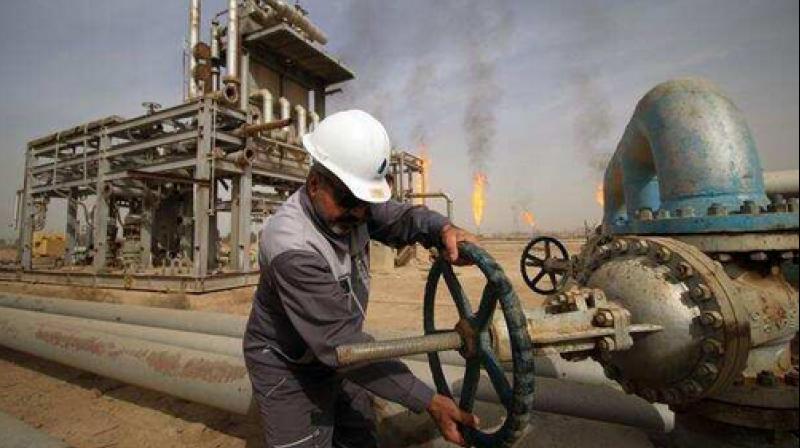 Oil climbs as Trump lays out reopening of virus-hit US. (AFP Photo)

SINGAPORE: Oil prices pushed higher Friday as President Donald Trump's plan for a reopening of the virus-battered United States offset worries about a devastating supply shock triggered by the pandemic.

Brent crude, the international benchmark, was up nearly three percent in Asian trade at $28.65 a barrel while US benchmark WTI rose 0.6 percent to $19.99 a barrel but still around its lowest level since 2002.

Prices have suffered massive falls as the virus outbreak triggers worldwide lockdowns and travel restrictions which have throttled demand, while a Saudi-Russian price war compounded the crisis.

Riyadh, kingpin of exporting group OPEC, and non-OPEC member Moscow ended their dispute last weekend when they led a group of top producers in striking a deal to cut output by nearly 10 million barrels a day to boost battered markets.

But prices have fallen even further since, with analysts saying it will not be enough to make up for the loss in demand prompted by the virus.

The International Energy Agency said this week that 2020 was likely to be "the worst year in the history" of the sector, while OPEC warned Thursday that oil markets were undergoing a "historic shock".

But prices found some support as traders headed into the weekend, after Trump laid out guidelines for a reopening of the world's top economy which accounts for the most virus deaths of any country.

The White House outlined three "phases" under which each governor would determine the permitted size of gatherings depending on their location and levels of infection.

But he added that with WTI still languishing around $20 a barrel, "it's suggesting downside risk remains the dominant factor".