Tepid increases came a day after Federal Reserve's rate hike and signal of a slower pace of future rises. 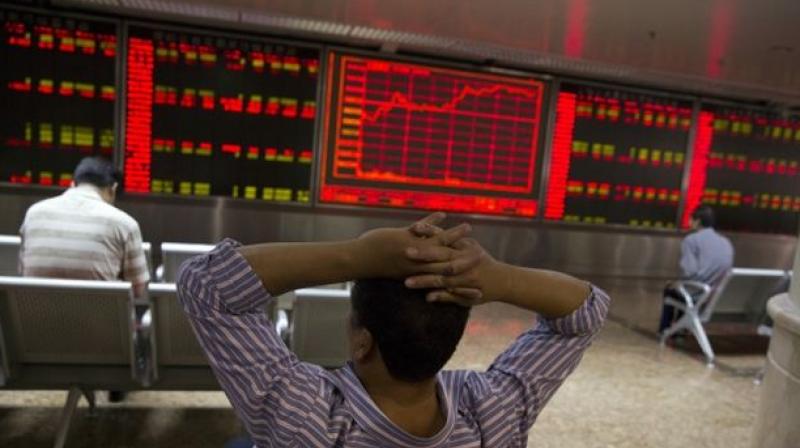 Hong Kong: Asian markets edged up Friday but caution prevailed following the previous day's rally, with investors concerned about a lack of detail on Donald Trump's tax reforms and spending promises in his first budget.

The tepid increases came a day after the Federal Reserve's rate hike and signal of a slower pace of future rises sparked a surge across equities and sent the dollar tumbling.

The greenback struggled to recover from that sell-off, with the pound and euro holding on to their gains, while a stronger yen further dented Japanese exporters, in turn dragging the Nikkei index down.

On Wall Street the Dow and S&P 500 both retreated on disappointment with Trump's controversial budget proposal, which was filled with big defence spending and cuts to education and environmental projects.

However, it lacked any detail on his pledge to slash taxes and ramp up infrastructure spending, with analysts saying there is a fear that ongoing acrimony on his health policy could mean the growth-firing measures will not come as soon as hoped.

"There is little doubt that Trump continues to tick off his list of promises," Greg McKenna, chief market strategist at AxiTrader, said in a note. "But it's becoming clear that the stimulus part of Trumponomics might be delayed behind other imperatives."

"Traders are likely to be disappointed that they still haven't seen the meat on the bones of the tax proposals and infrastructure spending plans in this 'skinny budget'. It helps explain why yesterday's Fed sugar hit hasn't continued today."

Tokyo ended the morning 0.3 percent lower but Toshiba soared five percent on reports the Japanese government is mulling using state money to support the company's plans to spin off its memory chip business.

However, the company is still under intense pressure as it struggles with huge losses at its US nuclear unit Westinghouse Electric and probes claims of misconduct by senior executives there. The Tokyo Stock Exchange has put Toshiba "under supervision", meaning it faces being delisted.

On currency markets the pound maintained Thursday's charge that came after minutes showed Bank of England policymakers were gravitating towards a possible interest rate hike, surprising traders. Sterling was flat at $1.2360, having jumped from around $1.2280 in London.