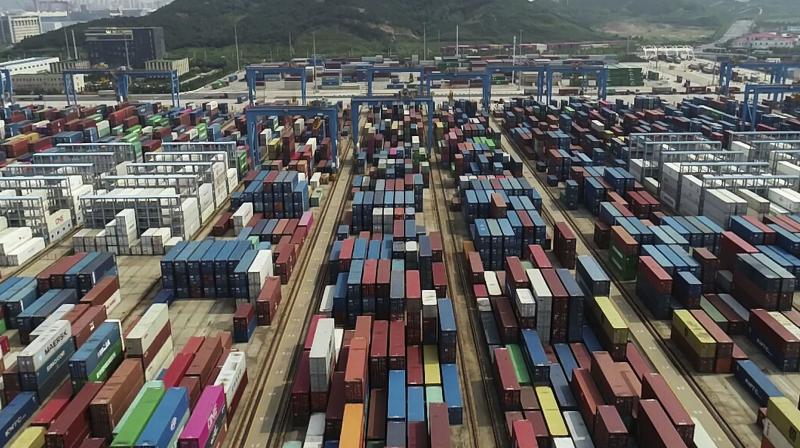 Merchandise exports continued to decline for the sixth straight month in August. While exports were down 12.6 per cent, imports fell by 26 per cent y-o-y. On a sequential basis, the trade deficit further widened in August, making the surplus in June a one-off event.

Gems and jewellery, petroleum products, man-made yarn, fabrics and made-ups, marine products and leather and leather products continued to see decline in shipments. The growth in shipments of rice, other cereals, iron ore, oil meals, oil seeds and drugs and pharmaceuticals did not help much in reducing the overall decline in exports.

Cumulative exports of $97.66 billion between April and August was 26.65 per cent down compared to $133.14 billion in the same period last year.

Imports stood at $29.47 billion, down by 26.04 per cent against $39.85 billion in August 2019. Crude and petroleum products, electrical and non-electrical machinery, coal and organic and inorganic chemicals continued to see decline in imports on a y-o-y basis. However, gold imports, as per reports, doubled in August against the same month last year.

Cumulative imports for the period April-August was $118.38 billion as against $210.39 billion during the same period last year, registering a negative growth of 43.73 per cent.

This had been a one-off event due to contraction in both exports and imports. Once the crude oil and gold imports started recovering, the trade once again moved into deficit.