Oil prices rise amid hopes for US deeper output cuts

United States is reducing output as well and other countries are taking estimated cut in production to about 19.5 million barrels per day 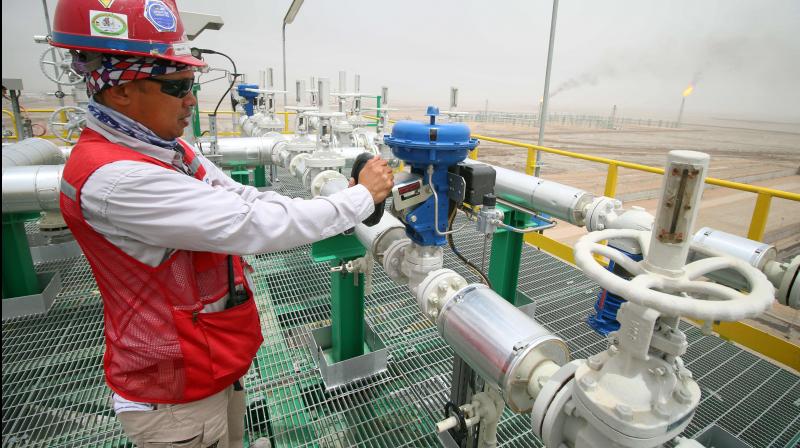 Tokyo: Oil prices rose more than 1% on Tuesday after the main U.S. energy forecasting agency predicted shale output in the world's biggest crude producer would fall by the most on record in April, adding to cuts from other major producers.

The Organization of the Petroleum Exporting Countries, along with Russia and other producing countries known as OPEC+ agreed over Easter to cut output by 9.7 million barrels per day (bpd) in May and June, equal to about 10% of global supply before the viral outbreak.

The United States, the world's biggest producer, is reducing output as well, and other countries are taking the estimated cut in production to about 19.5 million bpd.

But analysts, oil industry executives and others say no matter how the numbers are massaged, the reduction will not be enough to match a contraction of around a third of global oil demand due to the outbreak.

Oil prices are still down by over 50% so far this year.

"We are at the point right now where the demand destruction is so far beyond anything they are going to do in any coordinated cut," said Greg Priddy, director global energy and Middle East at Stratfor in Houston.

Still, U.S. production is falling in tandem with a drop in prices and there are signs the coronavirus outbreak may have peaked in some areas of the world.

Already there are signs in China, where the virus started and is now largely under control, that demand has returned with data showing that crude oil imports rose 12 percent in March from a year earlier.

Still, U.S. shale oil output is expected to have the biggest monthly drop on record during April, the U.S. Energy Information Administration (EIA) said on Monday.

Production has been sliding for several months, but the declines are expected to accelerate sharply in April with a loss of nearly 200,000 bpd of production, the EIA said.