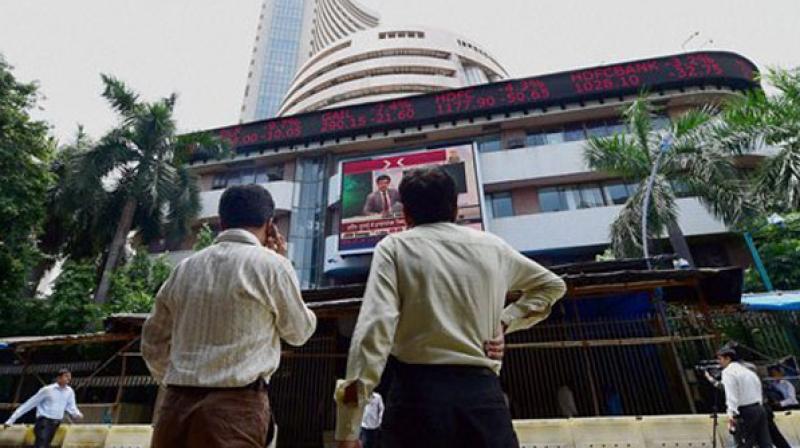 Stock markets would remain closed on Wednesday and Friday for Mahavir Jayanti and Good Friday, respectively.

New Delhi: Trading activity in the equity markets would be guided by macroeconomic data announcements and corporate earnings in a holiday-shortened week ahead, say analysts.

Stock markets would remain closed on Wednesday and Friday for Mahavir Jayanti and Good Friday, respectively. Data for WPI inflation is scheduled to be announced on Monday.

Equity indices may also react to industrial output and retail inflation numbers which were announced post market hours on Friday, analysts said. IT majors TCS and Infosys also announced their March 2019 quarter results after markets closed on Friday, which may lead to stock-specific action when the bourses open next week, they added.

"General elections and upcoming Q4FY19 numbers will remain the crucial triggers for the market in the short term. On the earnings front, we expect that a low base effect, turnaround in profitability of corporate lending banks and healthy growth in earnings of energy companies are expected to largely drive aggregate Sensex earnings," said Hemang Jani, Head - Advisory, Sharekhan by BNP Paribas. Movement of crude oil, rupee and investment trend by overseas investors would also influence trading sentiment, analysts added.

"Earnings season will give direction to the market while investors are also keen on the ongoing election to gain confidence," said Vinod Nair, Head of Research, Geojit Financial Services Ltd. Voting for the second phase of the elections will take place on April 18. Counting of votes to constitute the 17th Lok Sabha will take place on May 23. Equity benchmarks closed in the green for the second straight session Friday as investors looked forward to the earnings season with measured optimism amid an uncertain global growth environment.