Bajaj Finance was the top laggard in the Sensex pack, slumping over 10 per cent 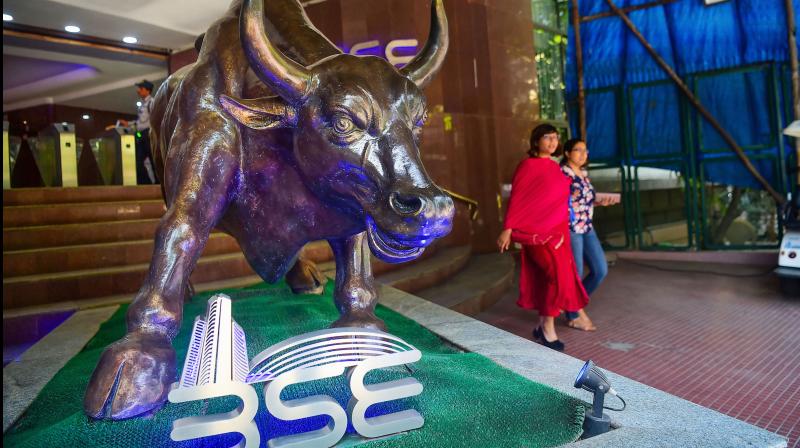 Mumbai: Equity benchmark Sensex on Monday tumbled about 470 points, dragged by losses mainly in index heavyweights HDFC twins, RIL and ICICI Bank as investors weighed the possibility of a lockdown extension amid mounting Covid-19 cases in the country.

Bajaj Finance was the top laggard in the Sensex pack, slumping over 10 per cent, followed by M&M, Titan, Hero MotoCorp, ICICI Bank and Tech Mahindra.

On the other hand, L&T, Bharti Airtel, IndusInd Bank, UltraTech Cements and NTPC were among the gainers.

Sensex heavyweights HDFC twins fell as much as 3.12 per cent, while Reliance Industries shed 2.46 per cent.

"Sentiments remained downbeat due to rise in Covid-19 cases in the country and fears of extended lockdown weighed in which led sell-off and short-term profit booking in most financial services and bank stocks," he noted.

The markets remained volatile ahead of release of CPI data later in the day, he added.

Meanwhile, the rupee provisionally settled for the day on a flat note at 76.27 against the US dollar.

The commodity had rallied earlier in the day after Opec producers dominated by Saudi Arabia and allies led by Russia thrashed out a compromise deal on Sunday to cut production by nearly 10 million barrels per day from May.

The death toll due to the novel coronavirus pandemic rose to 308 on Monday after 35 new fatalities were reported, while the number of cases climbed to 9,152, according to the Union Health Ministry.

Global tally of the infections has crossed 18 lakh, with over 1 lakh deaths.