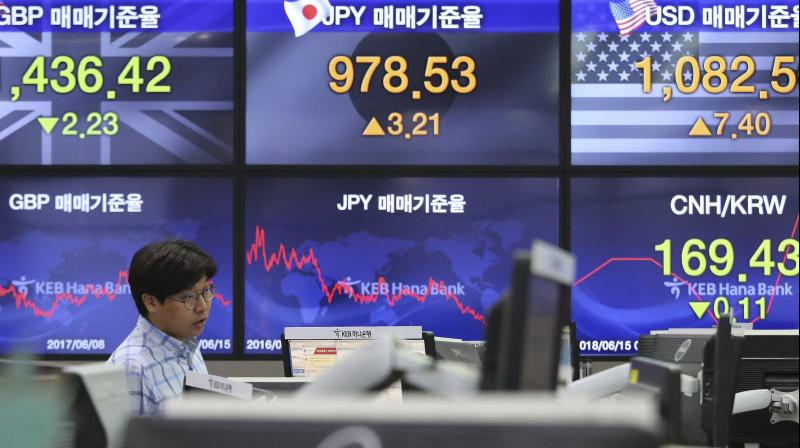 Hong Kong: Asia markets fell Monday with investors cautious on news of an international deal to shore up oil prices and tentative signs of progress in efforts to combat the coronavirus pandemic.

OPEC producers dominated by Saudi Arabia and allies led by Russia thrashed out a compromise deal on Sunday to cut production by nearly 10 million barrels per day from May.

The rally followed months of slumping prices after the COVID-19 outbreak sapped demand as countries around the world have put their populations under lockdown.

A Saudi-Russian price war also saw the ramping up of production as both countries bid to hold on to market share and undercut US shale producers.

OPEC Secretary General Mohammad Barkindo called the cuts "historic" in size but analysts said the measures may not go far enough to secure a long-term rebound.

"There remain concerns the agreement could be a day late and a 'barrel short' to prevent a decline in prices in the coming weeks as storage capacity brims," said AxiCorp chief market strategist Stephen Innes.

Investors are waiting for signs that the world is winning the battle against the disease, which has now infected more than 1.8 million people and claimed more than 112,500 lives globally.

The weekend saw glimmers of hope that the crisis may have peaked in some of the hardest-hit countries.

Tokyo was down 0.8 percent in early trade, while Shanghai fell 0.2 percent and Singapore fell 0.1 percent.

Hong Kong, Sydney and Wellington were closed for a public holiday.

More whirlwind sessions are likely this week, with new economic data to reveal the extent of the economic havoc unleashed by the COVID-19 pandemic on the world's top two economies.

Analysts are predicting S&P 500 companies to report a drop in profits ranging from six to 15 percent, with worse declines in the second quarter.