Pepper exports may dip this year

Two varieties of pepper from Wayanad--Malabar Garbled and the Tellichery Extra Bold--are of great demand in the international market. 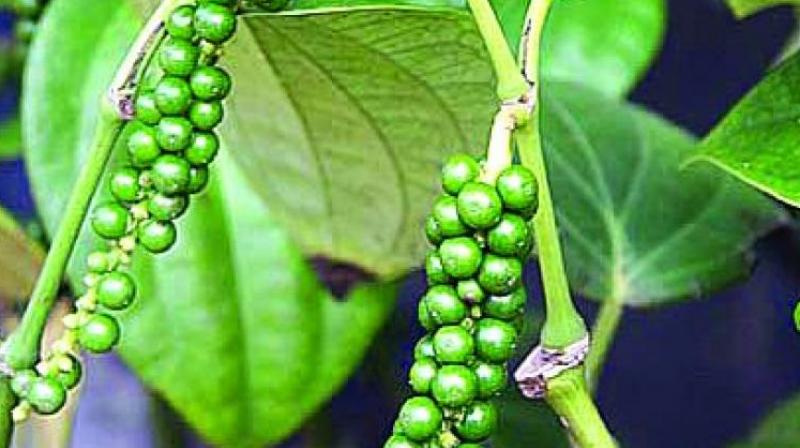 Kolkata: Wayanad in Kerala may now be known for its new-found high-profile MP, Rahul Gandhi, but when it comes to commodity, the far-flung hamlet in India’s southern state is well-known as a producer and supplier of the finest Indian pepper. Two varieties of pepper from Wayanad--Malabar Garbled and the Tellichery Extra Bold--are of great demand in the international market. The European Union and the US are amongst the top regions where India exports these pepper. At Wayanad, black pepper is grown in coffee plantations and cultivated on a large scale. The average production of black pepper in Kerala is around 18,000-22,000 tonne a year, out of which nearly 7,000 tonne of fine quality pepper is produced in Wayanad.

The overall pepper production in India was projected to be nearly 60,000 tonne. But the actual quantity may well be much less as production in Karnataka and Kerala, two key pepper producing states, were hit by inclement weather. As a result, the Indian pepper export is likely to fall sharply from 16,840 tonne of 2017-18, which itself was one of the lowest in the recent times.

Analysts think pepper growers may prefer to hold on to the stock and release it gradually in the domestic or international markets. This has to be seen in the light of the volume of pepper import going up in the current year. Concerned over the import, exporters have requested the Centre to tighten the monitoring of imports. The influx of cheaper Vietnamese pepper through Sri Lanka has pushed down black pepper prices in India by nearly 20 per cent in a year.

The market size of black pepper in India is nearly Rs 3,000 crore per year. But the commodity exhibits extreme price volatility, which impacts the producers, exporters and importers. The re-launch of the black pepper contract by the Indian Commodity Exchange (ICEX) is expected to leave a huge impact on the black pepper physical market ecosystem. The move by the ICEX is aimed at using the price hedging facility on its platform to capture 25-50 per cent of this large physical market.