Five of the top six carmakers reported a fall in volumes in April hit by tight liquidity. 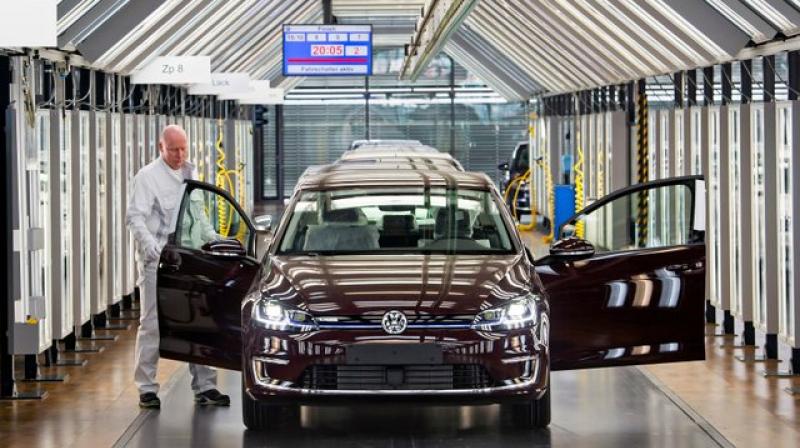 Pune: Retail sales of cars and SUVs fell 2 per cent in April to 2.42 lakh units in Asia's third biggest car market, with slowing demand and liquidity crunch hitting the sales, among other factors.

This has prompting more than half of the country's dealers to rate the current market sentiment as 'bad', the Federation of Automobile Dealers Association or FADA, the apex lobby body, said in its report.

These represent a realistic picture of on-ground demand as the data is collected from 81 per cent of the country's regional transport offices (RTO) and these numbers are collated by FADA.

Separately, wholesale (company to dealers) sales during the same month is expected to post a drop of 17 per cent to 2.4 lakh, when the Society of Indian Automobile Manufacturer or SIAM issues the numbers later in the month, despite the discounts offered by all manufacturers.

Five of the top six carmakers such as Maruti Suzuki, Hyundai, Mahindra, Tata Motors and Toyota reported a fall in volumes during April hit by tight liquidity, high insurance costs and the general elections.

According to FADA, two-wheeler retail sales also declined by 9 per cent to 1.28 million units during April. The combine of Hero, Honda, TVS and Bajaj, who control more than 85 per cent of the volumes, recorded a fall of 18 per cent in wholesale volumes.

The gap (in the sales fall percentage) between retail and wholesale volumes indicate high levels of inventory in the industry.

Companies now maintain inventory of 40-50 days. Due to correction in production taken during the last few weeks, the inventory has come down from 50-90 days.