Mahindra and Mahindra was the top gainer in the Sensex pack, surging over 16 per cent 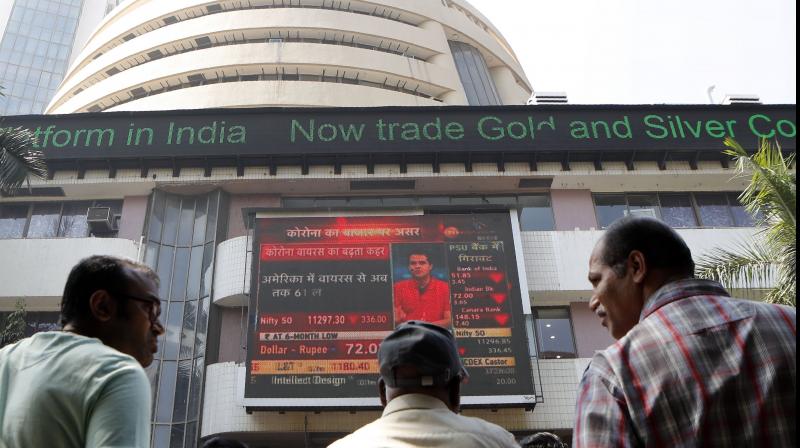 Mumbai: Equity benchmark Sensex rallied over 1,265 points on Thursday, led by robust buying in auto, financial and IT stocks amid hopes of a second stimulus package from the government to mitigate the blow of the Covid-19 lockdown.

Mahindra and Mahindra was the top gainer in the Sensex pack, surging over 16 per cent, followed by Maruti, Titan, Bajaj Finance, HDFC, Bajaj Auto and Hero MotoCorp.

On the other hand, HUL, Tech Mahindra, IndusInd Bank and Nestle were the laggards.

During the afternoon session, market further strengthened on back of expectations of second stimulus package estimated at around Rs 1 lakh crore and focus on helping small and medium businesses, which led to both broad-based buying and also triggered some short covering, he added.

A Bank of America Securities report said the Centre may soon announce another fiscal package which may be almost similar to the Rs 1.75 lakh crore stimulus unveiled last month.

Elsewhere in Asia, bourses in Shanghai, Hong Kong, and Seoul ended on a positive note, while Tokyo closed in the red.

Stock exchanges in Europe started significantly higher. Meanwhile, the rupee provisionally settled 6 paise higher at 76.28 against the US dollar.

The death toll due to the novel coronavirus in India rose to over 160 and the number of cases crossed 5,700, according to the Union Health Ministry.