Trai sticks to stance on pricing of spectrum for 5G, other bands

The telecom regulator has now suggested a lower lock-in period of two years for this band against 5 years prescribed earlier. 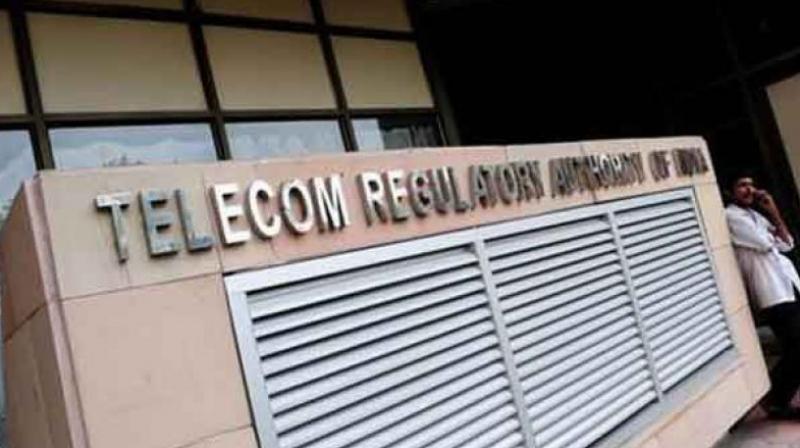 Last month, amid an industry disquiet over the pricing of spectrum, Digital Communications Commission (DCC) had decided to ask Trai to reconsider its spectrum recommendations, to ensure competition and greater participation of larger set of players in auctions slated for 2019.

New Delhi: Regulator Trai on Monday stuck to its recommendation on base price and valuation of spectrum, including for 5G radiowaves, making it clear to the telecom department that it has considered "all relevant factors" while giving views on prices.

Last month, amid an industry disquiet over the pricing of spectrum, Digital Communications Commission (DCC) had decided to ask Trai to reconsider its spectrum recommendations, to ensure competition and greater participation of larger set of players in auctions slated for 2019.

DCC, the apex decision-making body at the telecom department, felt that Telecom Regulatory Authority of India (Trai) should revisit its 2018 suggestions keeping in mind the government's larger objective of digital proliferation, broadband for all and inclusive 5G services.

In its detailed response to the telecom department on Monday, Trai said it had considered all the relevant factors, including the methodology, assumptions, developments between the spectrum auction in 2016 and its suggestions of August 1, 2018, and the rationale for spectrum valuation and reserve price while giving its recommendations.

"In view of the above, the authority reiterates the spectrum valuation and reserves prices as contained in its recommendations dated August 1, 2018," Trai said.

The regulator has, however, yielded ground on the issue of lock-in period it had previously recommended for spectrum in 3300-3600 MHz band (for eligibility on spectrum trading).

The telecom regulator has now suggested a lower lock-in period of two years for this band against 5 years prescribed earlier.

Trai had last year recommended auction of about 8,644 MHz of telecom frequencies, including those for 5G services, at an estimated total base price of Rs 4.9 lakh crore, but the financially-stressed industry that is buckling under high debt, had argued that proposed prices are unaffordable and exorbitant.

Some industry players had pointed out that the average price of 5G band auctioned in countries like South Korea, Spain, the UK and Italy comes out to be Rs 84 crore/MHz, whereas Trai's recommended price for the same band is 5 to 6 times higher at Rs 492 crore/MHz.

Trai Monday also asserted that it may not be correct to assume that only the existing licensees will participate in the auction. "The auction is an open process and there is always a possibility of additional players participating in the process," Trai said.