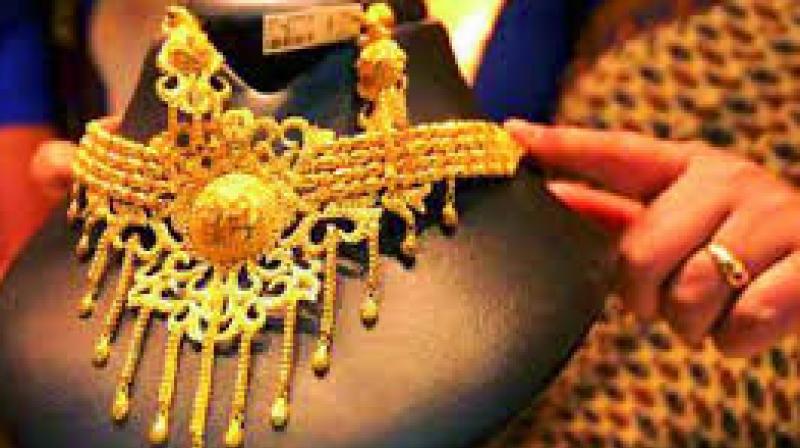 New Delhi: After four sessions of gains, gold prices plunged by Rs 195 to Rs 29,600 per 10 grams at the bullion market today on easing demand from local jewellers at prevailing levels and weak global cues. Silver followed suit and fell by Rs 150 to 40,750 per kg on reduced offtake by industrial units and coin makers.

Globally, gold fell 0.10 per cent to USD 1,285.50 an ounce in Singapore. Besides, decline in demand from local jewellers and retailers at existing higher levels in domestic spot market, fuelled the down trend in the precious metals' prices, they said.