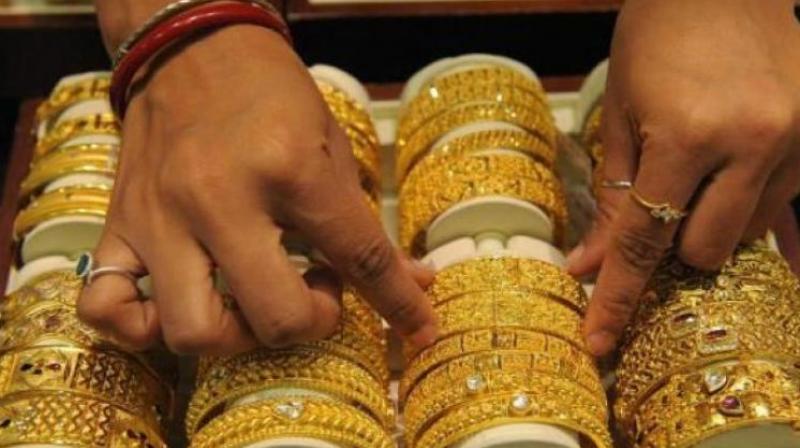 Earlier, as part of the know your customer requirement under the Prevention of Money-Laundering Act provisions, jewellers with a turnover of Rs 2 crore per annum were mandated to collect PAN card for any purchase above Rs 50,000. (Representational image)

Mumbai: Retail jewellers are expecting a robust growth in sales of gold jewellery during the Dhanteras.

With the government exempting the gems and jewellery industry from the purview of Prevention of Money-Laundering Act (PMLA), 2002, retail jewellers said the industry could see a high double-digit growth during the upcoming festive season led by a higher demand for both gold and diamond jewellery.

“The government notification issued in August bringing the gems and jewellery under the purview of PMLA provisions had actually threatened the prospects of sales in rural areas. The centre’s latest amendment exempting the industry has come as a huge relief to the industry as small ticket purchases (up to Rs 2 lakh) would get a major boost. Now we are expecting around 20-25 per cent growth in sales volumes as against our earlier expectation of just 7-8 per cent,” said Ishu Datwani, founder, Anmol Jewellers.

Earlier, as part of the KYC requirement under the PMLA provisions, jewellers with a turnover of Rs 2 crore per annum were mandated to collect PAN card for any purchase above Rs 50,000.

Last year, the industry went through a tough time as a month long jewellers strike during the first half and ban on high denomination currency notes later disrupted sales.

“We are expecting a good demand this season. The market sentiment has improved since Akshay Tritiya and the government’s decision to put the gems and jewellery industry in a 3 per cent slab under GST has reinstated consumer’s faith in the industry. The sector has faced several turmoil in the last three years due to various amendments in regulations and this was much needed for the industry,” said Aditya Pethe, director, WHP Jewellers.