Sensex starts on a positive note in early trade

All sectoral indices led by metal, auto, realty and bank stocks led the recovery, rising by up to 0.88 per cent. 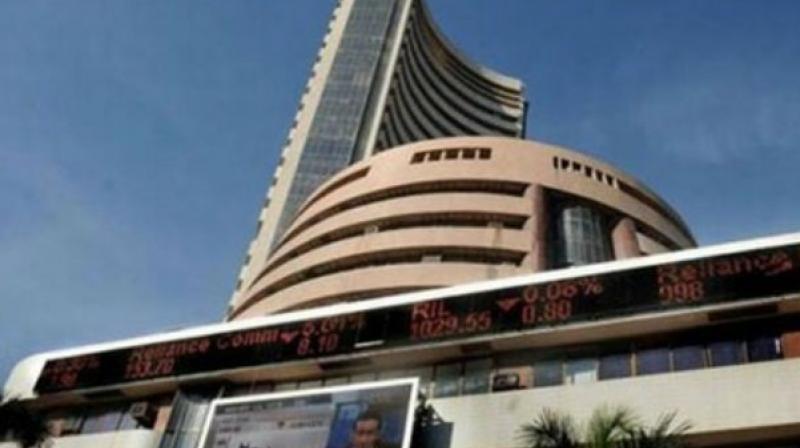 Mumbai: The BSE benchmark Sensex started on a positive note by recovering over 99 points in early trade today as the revised forecast of better monsoon enthused investors, who are keenly awaiting the RBI's bi-monthly policy meet outcome due later in the day.

The Met department yesterday revised upward its initial monsoon forecast and said it is likely to be better than earlier expected.

The NSE Nifty also went up by 29.25 points, or 0.30 per cent, to 9,666.40. Brokers said investors were seen holding their bets awaiting the outcome of the RBI's bi-monthly Monetary Policy Committee meet.

Besides, a mixed trend at other Asian bourses influenced the trading sentiment in the domestic market.

Shares of GAIL, Bharti Airtel, ICICI Bank, SBI, Hero Motocorp, M&M, Bajaj Auto and Tata Steel were trading in positive zone with gains of up to 0.93 per cent.

Japan's Nikkei was down 0.32 per cent. The US Dow Jones Industrial Average ended 0.23 per cent lower in yesterday's trade.